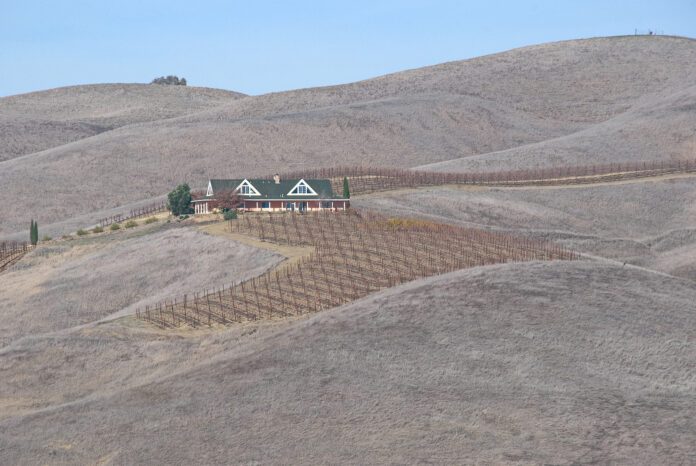 According to the United States Department of Agriculture (USDA) Economic Research Service, 99 percent of California Agriculture has been affected by the state’s drought as of August 2014. The USDA adds that, in California, year round water for farmers is greatly influenced by the snowpack. In 2014, the state’s snowfall levels were about 24 percent of the what it usually receives.

“Right now our water system is based on capturing snowmelt in the spring and summer as the snowpack melts into the reservoirs. If we’re not going to have that snowpack… we are going to need to reoperate the system we have now… maybe create some additional reservoirs that are more designed to catch rainfall at lower elevations and allow more of that rainfall to filter into the underground aquifers and groundwater supply,” Kranz said.

He added that the drought is causing difficulties for livestock owners and agricultural farmers alike, often resulting in younger livestock being sold and younger fruit trees producing fruit. According to Kranz, farmers do this in order to optimize the production and profit they will receive from limited water use. In addition, he explains that farmers are planting different crops in different regions based on both demand and environmental stress. For example, he states that this year there was a record crop of processing tomatoes, or tomatoes used for packaged products such as tomato sauce and ketchup.

“The canneries were offering a high price so farmers facing higher costs and lower supplies of water would put that water toward a crop like tomatoes where they knew they were going to get a good return and then they would not plant other crops,” Kranz said.

However, the increase in tomato crops led to a decrease in the production of other crops. Kranz states that there was a 25 percent decrease in rice crop and a large decrease in other grain crops.

Conversely, Matthew Crafton, winemaker at Chateau Montelena Winery (CMW), explains that the drought has not had a large impact on the winery’s wine production due to their farming practices and the natural drought tolerance of grapes.

“For us water consciousness and water management has always been part of our DNA here at Montelena. We really believe that dry farming, basically where you are applying an absolutely minimal amount of water throughout the year to the point where, the goal is, you are applying no additional water, has always been one of our stated goals, mostly from a quality standpoint,” Crafton said.

He explains that CMW believes that the dry farming technique produces the highest quality wine, which results in overall lower water use.

Crafton explains that in agriculture, water comes out of the ground through evaporation from the soil, or evapotranspiration, as well as from the crops respiration. He adds that, historically, the ability to measure evapotranspiration has been very difficult and expensive commercially. Tule Technology, an agricultural technology startup launched in 2014, has found a solution to this problem, allowing farmers to measure the amount of water their crops are using and adjust irrigation accordingly.

“[Farmers] are always trying to answer two questions. The first question is, ‘what’s the water status of my field?’ In other words, is it too wet? Is it too dry? Is there a crisis or are things just right? The second question that he or she is always asking him or herself is, ‘what do I do about it? Now that I know the status, what do I do about it? How much water do I apply or how much water do I not apply?” said Tule CEO and UC Davis alumnus Dr. Tom Shapland.

Shapland explains that farmers have found Tule to be a valuable resource because it allows them to evaluate the water status of their fields, a key aspect in answering the above questions. He adds that if a farm irrigates on a routine schedule, farmers might not know that their fields are being overwatered, resulting in water loss.

“The converse is also true,” Shapland said. “I think it is important to emphasize that. California growers are very sharp and there are also situations where they are not applying enough water, and that too is a type of inefficiency because if they applied 10 percent more water, they could get 20 percent more food from their field. By answering for them the water status of their field, we can help them use water more efficiency.”

Kranz adds that using desalination plants in coastal communities and recycling water could help during the drought. He explains that farmers are continuously trying to find new ways to become efficient and that this process will have to proceed in order find long-term solutions. He states that if new technology had been implemented in the past, it would help with the current drought.

“We haven’t built much new [water] storage in California in a generation, and we are suffering from that now and we can’t wait to act,” Kranz said. “The longer it takes us to do that sort of thing, the more vulnerable we are to years like this.”