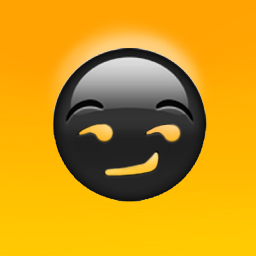 Students, users weigh in on pros, cons of app

The popular location-based dating app for LGBT men “Grindr” has extended its reach to university-level male students – especially those who’ve had no luck with the similar app, “Tinder.”

“There’s a variety [of users]: teens, geeks, jocks, college students obviously, gamers, mature men,” said second-year animal science major Johnathon Silva. “You can talk to people in the LGBT community. It also makes it easier to date because there’s not the ‘I wonder if they’re gay’ factor you have to worry about.”

Similar to the wide-spread dating app Tinder, Grindr uses location services to help users find a possible match close by. Grindr has grown greatly since its launch in 2009, with over five million males in almost 200 countries around the world currently using it.

“Grindr and Tinder are both based on location where you are able to find people nearby and yet some additional settings can help you find people elsewhere too,” said the Lesbian, Gay, Bisexual, Transgender, Queer, Intersex, Asexual (LGBTQIA) Resource Center Office Coordinator Joanna Villegas. “Both allow for hook-ups, and conversations. Tinder allows for a change in settings where you can view only women, only men, or both men and women near you. Grindr has filters as well based on social and physical characteristics.”

There are two versions of the app available to smart-phone users: Grindr and Grindr Xtra. According to the app’s website, Grindr Xtra requires the user to pay a monthly fee in order to gain access to extra bonuses and the “VIP treatment.”

“I personally don’t think it’s worth it based on the fact paying monthly will just give more guys looking to hook up,” said third-year linguistics major Joshua Traser. “If you’re looking for true love, you’re not going to find it on these kinds of apps, generally.”

Each Grindr user has their own profile, which includes a picture, display name, headline, age, height, weight, body type, ethnicity, relationship status, a short description about the user, as well as links to social media such as Facebook and Instagram and their “grindr tribes.” Grindr tribes are attributes gay cliques that a gay man would identify as, such as a jock.

“I believe having a decent profile will help show the surface of someone, but having too much might take away find out things via conversation,” Traser said.

Not all users include a completely detailed profile, which sometimes makes the need for social interaction even greater.

“Some people or others just don’t have pictures so they’ll message you and you’ll ask for a picture and they’ll say no,” Silva said. “Why would I want to talk to someone if I don’t know what they look like?”

There are what are called “scenes” to choose from, such as masculine – or “masc” – individuals seeking other masculine men. Other commonly used Grindr terms include “fats” (a term for overweight individuals), “femmes” (a term for individuals who are usually more feminine in personality) and “old” (a term used for older men, usually ranging 40 and over).

“There are beauty standards and a specific type of masculinity, and performance that is often privileged in gay spaces,” said Villegas. “Where femme men and fat people fall outside of what is believed to be desirable. Femmephobia and Fat Phobia are real issues and there’s definitely a larger discussion that needs to continue to happen to break down such hurtful and damaging ideas.”

Although classified as a dating app for men, Grindr has received a lot of criticism for serving mainly as a way of hooking up rather than finding a partner.

“It is an app primarily for men that sleep with men, and self-identified gay men that are looking for other men near their current given location,” Villegas said. “From experiences people have share with me regarding Grindr, it appears it is primarily a site for hook-ups.”

“Grindr is primarily a waste of time, unless you are looking for a hookup,” Montoya said. “It is not the place where you will find love, only guys lusting over one another while pretending to be looking for ‘friends’ or ‘dates.’ Although a few friendships have arisen from such a place, they were very ephemeral, since sexual attraction was probably the reason an initial message was sent.”