How has Davis helped us grow? 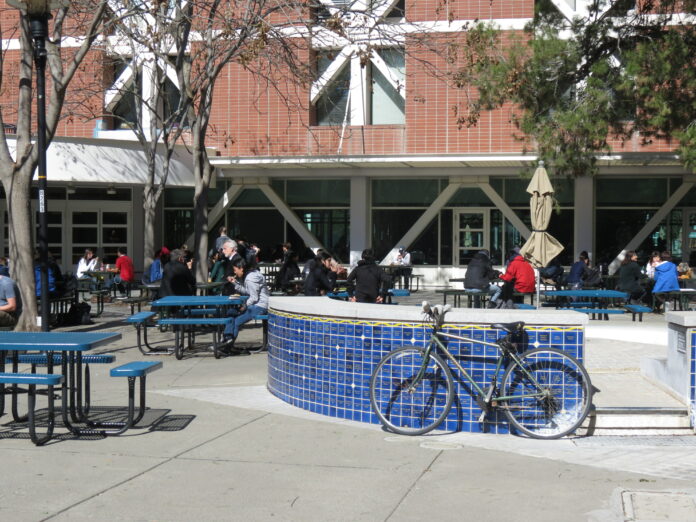 Students reflect on their decision to attend UC Davis

How do you feel that your decision to attend UC Davis over other schools has cultivated your academic potential? “Just the culture here — it’s a good learning environment. It’s kind of more of a close-knit school even though it’s so large, and there are a lot of opportunities here. The environment is friendlier. The Internship and Career Center here — they make it really easy for you to get internships, which is actually kind of hard for people at other schools.” “I actually got accepted into better schools — I got accepted into Berkeley and other schools like that, and I chose Davis because of the atmosphere here. It seemed like Berkeley was sort of more ‘go to school to be super competitive, don’t enjoy your college life,’ but I came to Davis and did a campus tour, and everyone was smiling and happy and that’s why I chose to [come] here.” “I think that because of the prestige of this university, and because it is a public university I’ve gotten resources that I wouldn’t have gotten anywhere else. I have a network of sister universities which is awesome… Also I think it’s made me more international; it’s not a homogenous group by any means so I’ve learned [about] different cultures, different foods, different environments — which in a globalized world, that’s invaluable. Also, I’d never been to Northern California before and I would have never come here, but I love it up here.” “The reason why I chose Davis is because it was so far away from home since I’m from L.A. So I feel like me coming here was a great opportunity for me to branch out into another region of the state. It’s definitely a change of scenery and a change of pace, so I feel like in that way I was able to grow and branch out. Plus [I’m] meeting new people and meeting new friends, and [I’m getting] the whole college experience and everything.” “I was debating between two schools — UC Irvine and UC Davis. Since I live in Southern California, Irvine was very close to my house, so I felt that going up to Davis I could be more independent and learn more about myself being far away from home. Davis is a really good university because it gives you a lot of opportunities — I got to do research here [and] I got to meet such wonderful people… Everyone’s so open-minded and it’s awesome; I think Davis really opens up your imagination.”

“The main reason [I came to Davis] was this was one of the few schools that had biotechnology as an undergraduate degree, and that was one of my main criteria — that was the major I wanted. Another reason is it’s close to home and I toured and got a really welcoming vibe from the school. I came and I’m happy with the way it’s turned out. I have access to a lot of good resources here, and many good professors because it’s a research institution as well. My field in particular is very emergent in this school.” “I think one thing for sure is the people are overall friendlier, and having people that are supportive makes you want to succeed as well. I’ve seen at other campuses everyone’s more competitive, whereas here my friends have definitely been my support system.” “For me, I chose Davis because it’s closer to my family and family’s really important to me — that was one of the decisions I had to make. Also this campus is [closer], and the people here are friendlier so it’s easier to network in this campus and also connect with others. I’m trying to [become] a pediatrician, so I also came here because you’d kind of get a step into maybe going to UC Davis Medical School afterwards. So basically, networking and the close family feel you get here [are important]. Even being away from home, you still have family here at Davis.” “My other option was University of San Francisco, so a big difference was I kind of liked the town of Davis. I loved San Francisco as a big city but I felt like Davis would be really comfortable and would help me grow because it’s a research institution [and] so there are a lot of opportunities to succeed academically. I had a big sister who went here and I knew she really liked it. I came in originally as political science and then I chose women’s studies, and I found the Women’s Resources and Research Center – and there’s the Davis Feminist Film Festival which I’m campaigning for – just a lot of really cool feminist, social justice-minded spaces which I didn’t really know existed before I came.” “I came into Davis as a transfer from a community college, and I originally came into clinical nutrition and it just taught me that even though I love it, it’s so hard. That’s why I switched my major to human development, because it’s something that I also love. And I also work at Davis Diamonds [coaching] gymnastics, so that’s really helped me figure out what I’ve really wanted to do in life.” “I came to Davis mainly because I got to be a regent scholar here, and to maintain a regent scholarship you have to maintain a certain GPA, which always gave me a baseline for how well I should do in school. I’m in the linguistics club, and I’m going to be at Decision Day. That’s part of the reason why I chose to apply to the schools I did, because of linguistics. And it helps me to become a linguistics professor which is what I want to do. I enjoy [the Linguistics Department] here, I think it’s very good.” “First of all the campus itself has a very community feel that goes with the town. And that’s something that I didn’t feel at UCLA, I didn’t feel at Berkeley — and that is going to help me as a person grow and my values and my life perspective. Also, Davis is in the top nine in the nation, they’re pretty impressive. So I think coming to this university and being exposed to the caliber of professors we have here is what’s going to help me succeed.”