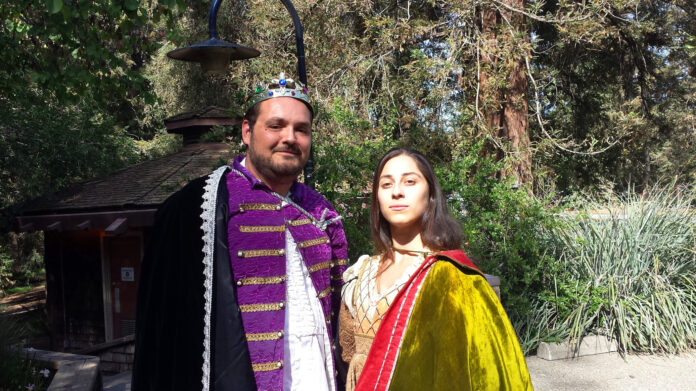 The Spanish and Portuguese Department’s classical Spanish theater group, La Poltrona, is giving the Davis community an opportunity to be transported 5,000 miles away and 400 years in the past to the Golden Age of Spanish literature. At 7 p.m. this Friday, La Poltrona is performing Lope De Vega’s 17th century play “El Animal de Hungría”, in Spanish, at the Wyatt Pavilion. Lope de Vega is one of the most prominent authors of the Spanish Golden Age, as he is often paralleled with Shakespeare because of the popularity and incredible quantity of his plays.

Rebeca Rubio, the director of this production, is a graduate student in the UC Davis Spanish and Portuguese Department. She is a first-time director for La Poltrona and chose to produce “El Animal de Hungría” after reading the play in a seminar and becoming inspired. Rubio first became involved with La Poltrona in 2012 where she played a witch in an adaptation of a Cervantes novel. Rubio describes her directing experience as demanding, especially with the added responsibilities of being a graduate student, but also said the job was very enriching.

“When you are an actor it’s more about creating your character, transforming your character and your voice. Now, as a director, I need to have a global vision of the play, and a detailed understanding of all the characters,” Rubio said.

As Rubio’s area of study focuses on Golden Age Spanish literature, this production helps her see how people of different cultures interpret the text. Rubio explains how this understanding will be helpful when she teaches Spanish literature from this time period.

The cast members of La Poltrona have various levels of experience with acting, as some are returning actors and others have never been on stage before. Diego Valdecantos, a graduate student studying Spanish Golden Age poetry, last performed with the company in 2012 and is playing the King of Hungary in “El Animal de Hungría”.

“It is unusual to see this type of play at UC Davis, as it’s one of the first times Lope de Vega is on stage at this university. This is a unique opportunity to see classic Spanish theatre in person,” Diego said.

For other members of the cast, this will be their first time performing with La Poltrona. Emily Frankel is a first-year graduate student in the Spanish and Portuguese Department and describes her first experiences with La Poltrona as very fruitful. In this production, Frankel is playing the role of a hunter and an ambassador.

“It’s a positive experience to see something that you read come to life. You have to think it’s probably the one time to be part of a Golden Age play that is directed by a Spaniard and cast with people from Spain,” Frankel said.

The group has been meeting together since October 2014, beginning with reading and understanding the play, and then moving on to memorizing the lines. Melissa Vega-Valdez, a first-year graduate student in Spanish linguistics, plays the role of the King of Hungary’s first wife. Melissa explains how her experiences with “El animal de Hungría” have broadened her perspective on the Spanish language.

“It’s a beautiful story. It’s so culturally enriching at so many different levels,” Melissa said.

Admission to the show is free of charge. For more information, please visit the play’s Facebook event page.