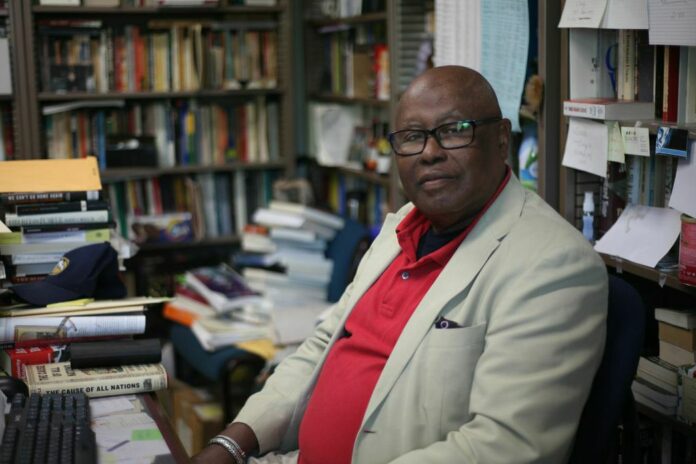 Walker found out that he won the award when Chancellor Linda P.B. Katehi came into his “Jacksonian America” class to announce it.

According to chair of the History Department Kathryn Olmsted, a committee of students, faculty and alumni review teaching evaluations, student letters and scholarly achievement to select a professor for this annual recognition.

“This is a prize for scholarship and for undergraduate teaching, and [Walker] is terrific at both,” Olmsted said.

Not only is Walker honored through this award, but he will also receive a $45,000 prize, funded by the UC Davis Foundation.

A history professor at UC Davis since 1986, Walker teaches classes that focus on racial issues. He has even created several courses himself, including “Constructing and Deconstructing Whiteness” and “Race and The Cinemagraphic Imagination.” Olmsted believes that Walker’s ability to draw on his own experiences in African American history has played an important role in his teaching, as he himself attended segregated schools in Texas in the 1950s.

Walker said that he enjoys teaching students because he has the opportunity to introduce new perspectives to them as well as challenge their preconceived ideas.

“He brings passion and commitment to the classroom and to his interaction with students,” said George R. Mangun, the UC Davis dean of the social sciences in the College of Letters and Science. “He is ferociously honest in his judgments and assessments, and his students appreciate this tremendously.”

“He strongly [encouraged] questions so that students would begin to think critically about the subject, or discuss different perspectives on history to encourage breadth and understanding,” said Julia Lahl, a former student of Walker. “You always managed to walk into class thinking one thing, and leaving class view[ing] it a different way.”

Walker enjoys helping his students, often working with them directly on projects. Lahl said that Walker worked tirelessly with her on her thesis project her senior year at UC Davis, even attending her honors thesis ceremony. According to Walker, despite his own accomplishments throughout his career, his proudest moments are when his graduate students find jobs.

In addition to his teaching, Walker has published a number of books pertaining to race and black history, including Deromanticizing Black History and We Can’t Go Home Again: An Argument About Afrocentrism.

Walker is retiring this June, but plans to stay busy in his retirement with travelling and writing about slavery in film.