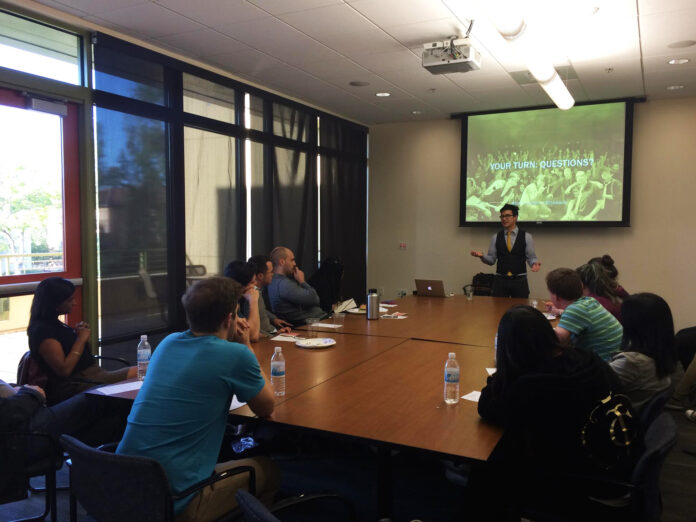 To celebrate the diversity and achievements of Asian-Pacific Islander (API) culture in the community, the UC Davis Cross Cultural Center (CCC) is hosting its 42nd annual Asian Pacific Culture Week (APCW) from April 14-24.

“I think Asian Pacific culture week is essential in recognizing that the [API] community is extremely diverse, big and significant, not just by size, but in nature of the differences in their experiences,” said community and regional development graduate student and CCC program coordinator Fong Tran. “I think APCW reflects that diversity by talking about different ethnic groups, also talking about issues that pertain to particular communities as well as the intersections of the API community.”

This year’s APCW theme is “Our Story: From the Ground Up,” aiming to highlight the history, struggles, accomplishments and varying intersections of identities that make up the API community on and off-campus.

“The purpose of APCW is to highlight the current issues going on,” said fourth-year nutrition science major and APCW program coordinator Jenny Huynh. “API is a big umbrella, and there are a lot of different identities within that. I think when deciding to figure out the different programs for the week it’s important to consider a range of different topics to make sure that encompasses certain identities and the many intersections of identities.”

The CCC has been planning the two-week event since January with a small team of about eight students. The team meets every week to delegate tasks, plan events and reach out to various off-campus groups and organizations who might be interested in participating in the week’s activities.

“It’s very much a student-run event and I think it’s important that it stays at the student level, by students, for students – they’re the leaders in this campaign,” Tran said. “We’re always trying to reach out to the Asian American Studies Department, other ethnic studies departments, as well as nonprofits outside of UC Davis, and [trying to be] more civically engaged.”

A very significant aspect of APCW has to do with helping the community to understand the varying and diverse identities within the API community.

“For me, the purpose is to, yes, raise awareness on the various issues that the API community faces, but also to show the school the large body of representation the API community has on this campus,” said fourth-year economics major and APCW program coordinator Donald Yu. “We want to inform the UC Davis-wide community that we’re not just an ethnicity on some piece of paper or some statistic, that we come from a very deep background that people should be informed and educate themselves on.”

While both Tran and Huynh have been involved in APCW for the past three years and Yu for the past two, there are others such as second-year international relations and Asian American studies double major Mandy Lew who have recently started their involvement in the growing event.

“[Everyone’s] very enthusiastic and also very dedicated to helping make this event a success,” Lew said. “I would say that by being part of this planning committee, I’ve learned a lot more about the campus community – it’s very diverse. I feel like I’m more involved in the API community having talked to a lot of the student organizations and to a lot of other different people interested in the topics of the API community.”

“There’s something for everybody,” Tran said. “Our big headlining event is always Asian Pacific culture night (APCN), and that’s a showcase by a lot of the student groups and then we fly in a couple of artists from out of town.”

“I’m excited for the culture night,” Yu said. “That’s the greatest part of the week for me – not just being able to present the culture but to showcase it through performance. What we all planned for, people can visually see how cool the API culture is.”

Overall, the students planning the event agree that the week’s success in terms of learning about the API community on-campus makes it worth the large group effort.

“I think people walk away from the program thinking ‘wow I didn’t expect to learn so much,’” Huynh said.  “Throughout the different programs we hope to highlight the intersection of identities for people to connect to these communities.”