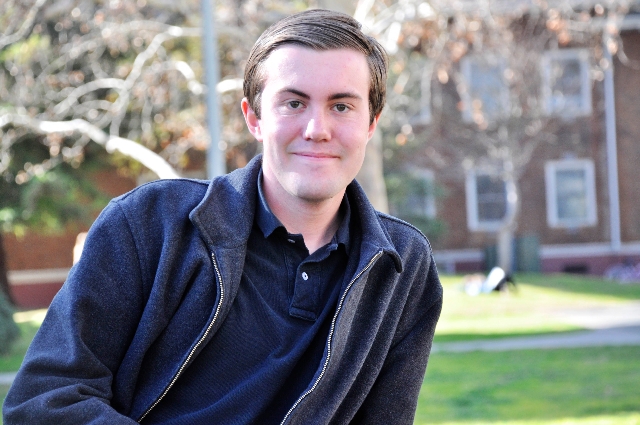 After a whirlwind week in ASUCD, Mariah Watson looked to bring some tranquility back to the association in the form of a familiar face. Watson, the ASUCD president, named Gareth Smythe as her new vice president today. Smythe fills the void left by former vice president Robyn Huey, who was elected in the Winter ASUCD election with Watson before resigning last week.

Smythe, a third-year political science and history double major, served as an ASUCD senator from Fall 2013 through Fall 2014, writing legislation and participating actively at senate meetings. He also served as The California Aggie’s adopted senator during his term.

Per the ASUCD constitution, senate will vote to confirm Smythe at Thursday’s senate meeting. Smythe would be confirmed with a majority vote.

“I’m grateful for the nomination, and excited to work to make ASUCD a more efficient and welcoming place,” Smythe said.

Scott Dresser can be reached at campus@theaggie.org and will publish more information regarding Watson’s decision moving forward.