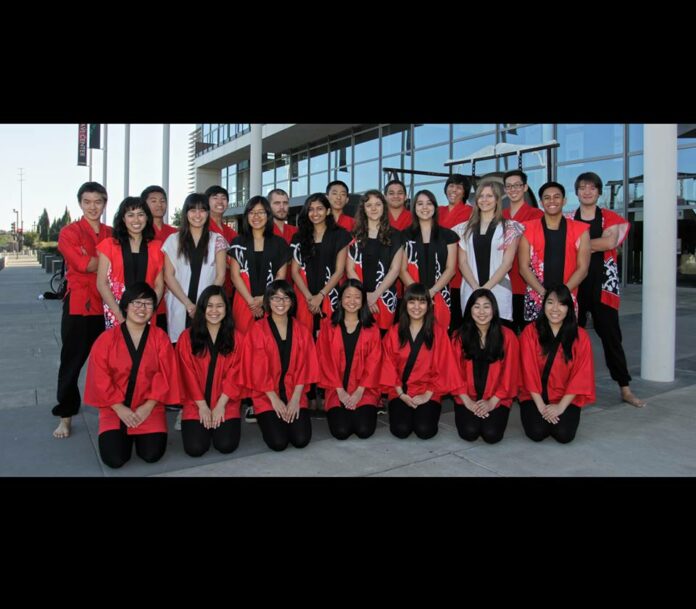 The Oxford English Dictionary defines explosion as “an expansion in which energy is transmitted outward as a shock wave.” Bakuhatsu Taiko Dan, a student-run UC Davis drumming group, takes its name from the Japanese word for explosion because they provide exactly that: an explosion of energy, rhythm and shocking volume interspersed with Japanese culture. Its fourth annual showcase, Todokori, meaning “roar,” takes place on Sunday at the Davis Veterans Memorial Theatre. The group hopes to bring their passion and fire to create an explosion of epic proportions.

Many people may find themselves unsure of what taiko is. Taiko is a form of traditional Japanese drumming that dates back to the sixth century. It has been used as a performance in different contexts ranging from religious ceremonies to military action to modern-day social movements. However, to the members of Bakuhatsu Taiko Dan, which has been around for 14 years, it means something more personal.

Jenny Matsushita, a third-year sustainable agriculture and food systems major and artistic director, cherishes the taiko group for the friendships she has made and the awareness it brings to the rest of campus.

“Taiko to me means a second family since we spend so much time together,”  Matsushita said. ‘We’re all close. It’s great people can get together [and share] the same interest and then go on to share it with the rest of the community.”

The group composes all of its songs performed in the showcase and attempts to bring life to the art form via emotional enactments. Robin Sakai, a third-year mathematics and biological sciences double major, is a new member of the group, and said she hopes the audience appreciates the work they have put into creating a unique feeling in each song.

“All the songs have really strong emotions tied to them and I hope the audience gets the emotions we’re trying to portray,” Sakai said. “On every song the performers bring their own perspective on what it means.”

The title of the fourth annual showcase is Todoroki. The past three performances have lead to this explosive performance.

Holly Higa, a third-year international relations major and president of Bakuhatsu Taiko Dan, explained the growth of the showcase through the titles.

“We started with Akebono, the beginning, then we gained momentum with Ikio and Kokoro, and now we are performing Todokori: roar,” Higa said.

Being a cultural performance art, taiko is not widely known and the members of Bakuhatsu hope to change that by bringing in modernity, energy and collaborations with groups such as the Golden Lion Dance Association and Jishin, a traditional Japanese dance group.

Higa explained Bakuhatsu’s take on the traditional manner of the drumming and what she hopes the audience gets out of it.

For an explosive performance of traditional taiko drumming, be sure to attend this event. For more information, visit the Facebook event page or bakuhatsutaikodan.com.