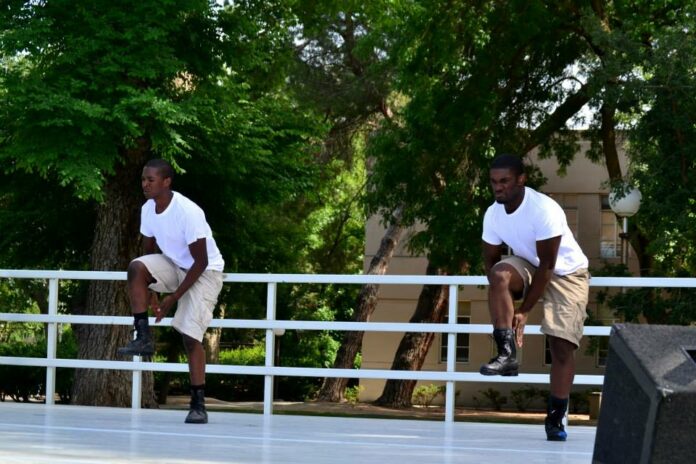 After a 10-year absence from the UC Davis campus, Stompfest, the capstone event of Black Family Day, is returning with a bang. Stompfest is a step dancing competition featuring organizations belonging to the National Pan-Hellenic Council, a collaborative organization of nine historically African-American Greek fraternities and sororities. This year’s event will take place on Sat., May 16, on the quad.

Stepping is a form of dance in which the body and surrounding environment is used as an instrument of music.

“Stepping goes back to Africa; they didn’t have many instruments so they made their bodies their own instruments,” said Markell Johnson, a second-year neurology, biology and physiology major. Johnson is also treasurer of the Phi Beta Sigma fraternity, which is hosting Stompfest.

“Stepping really stems from Greek life and since Greek life has been part of the African diaspora, they’ve contributed a lot to the black community and the civil rights movement,” Woghiren said. “Stepping is really social and it draws people in.”

Both Johnson and Woghiren emphasized the importance of events like Stompfest in raising visibility for their community. Stompfest has been noticeably absent from the Black Family Day lineup in recent years and Johnson hopes that the popularity of this event will entice more people to attend Black Family Day.

Woghiren believes that events like Stompfest help expose many members of the Davis campus to cultures and experiences they might not have had a lot of exposure to.

“Having events like Stompfest brings in people from outside the African diaspora and shows them that we’re out here,” Woghiren said. “[Black Family Day] is gonna be dope, you’ll meet people and learn something new.”

The organizers of Stompfest are currently soliciting teams to compete in the competition, which will have a monetary prize. For more information, visit the Facebook event page.