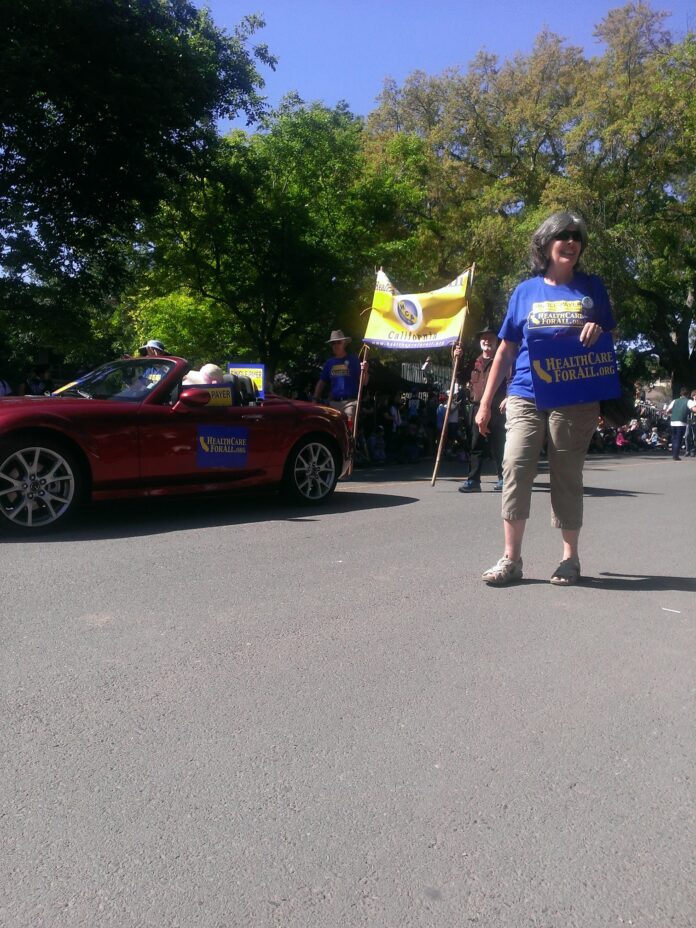 Several members of the Yolo County chapter of Health Care For All (HCA), a statewide health care reform nonprofit, paraded at last Saturday’s Picnic Day to endorse adoption of a single-payer health care system for California.

HCA Yolo County has paraded and tabled at Picnic Day the last few years. Jerry Marr, the chapter co-director, said that the parade has been an opportunity to bring awareness to a policy that would keep many out of illness and bankruptcy.

A study from NerdWallet Health found that unpaid medical bills are the chief cause of bankruptcy filings, affecting nearly two million people in 2013.

Single-payer health care systems are defined by how they distribute (or decline to distribute) direct healthcare costs. In such systems, a single government fund covers all health care expenses.

This way of covering health care costs is all that defines single-payer systems. Thus, the monolithic fund could be used either to compensate private care providers or to support free public services.

Marr said an easy way to conceptualize a Californian single-payer system is to envision it as providing “Medicare for all.”

HCA valorizes equal access to needed health care for everyone, regardless of health circumstances, income, citizenship status, or membership to any other category.

According to Marr, in this regard, the Affordable Care Act did not go far enough.

“Republicans and Democrats closed the door on a vital group of people in California—namely the undocumented,” Marr said.

HCA Yolo County is lobbying on behalf of SB-4, a measure before committees in the California State Legislature. Authored by Senator Ricardo Lara, the bill would expand eligibility for Medi-Cal to encompass undocumented immigrants.

Although SB-4 would not bring about a single-payer system, Marr said he would consider passage of the bill to be incremental progress toward equal-access health care.

A single-payer system is, theoretically, just one means to HCA’s ideals. However, the HCA website says a single-payer system for California would also minimize administrative costs by simplifying collection and payment processes. Furthermore, the website suggests that the cost of medical supplies and pharmaceuticals would fall, due to enhancements in the government’s bargaining power with suppliers.

According to Marr, the savings afforded by a single-payer system, together with current federal funding to California, would be enough to support comprehensive, high-quality care for all.