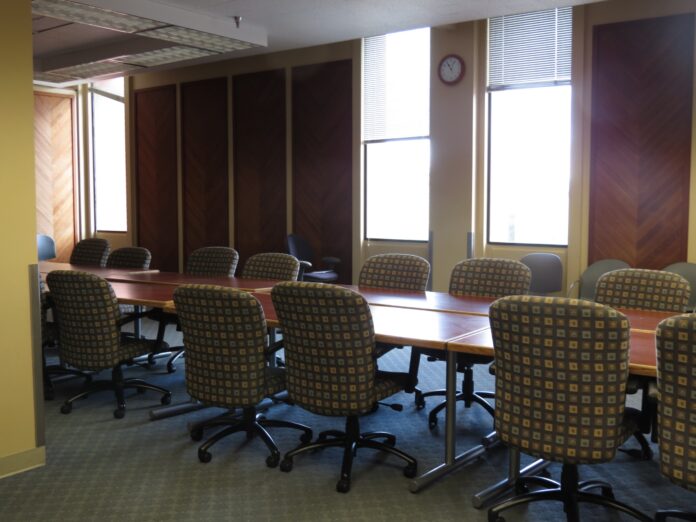 Recently, participating in the ASUCD popular election has seemed to be an unpopular decision, with only a 2.3 percent voter turnout of the student body in last quarter’s election.

With a lack of candidates running, the election allowed the six candidates to unanimously win a total of six available ASUCD senate positions. As a result, some believe the association is suffering from misrepresentation of the student population, stemming from a decreased number of students with the desire to hold office.

Some say that students pursuing majors in the sciences may not participate in ASUCD as an extracurricular activity because the positions do not align with their studies.

“I think that there is the trade-off that in order to participate in student government, [students] need to take time away from their studies,” said former ASUCD controller and fourth-year computer science and engineering major Rylan Schaeffer. “[If being in] ASUCD doesn’t compliment or reinforce their studies like [it does for] political science or ethnic studies majors, there is really no incentive [to participate].”

However, some believe that the association allows students to develop job skills that cannot be found in the classroom. For third-year ASUCD senator and philosophy and neurobiology, physiology and behavior double major Anas Tresh, being involved in student government will have an impact on his future career.

“[As a senator], you are going to have to communicate with people in your constituencies, and I think those traits and attributes are qualities that will go with you,” Tresh said. “I personally plan on going into the [medical] profession, so communicating with people is of utmost importance.”

ASUCD involvement can allow students to branch out into other departments and explore interests beyond what their academic majors offer.

“I also got involved not just because of computer science, but an interest in computer science, government and business, and for me I couldn’t really find a way to get business involved in my classes,” Schaeffer said. “I was able to join the financial side of ASUCD [and] it turned out to be a great experience.”

However, both Tresh and Schaeffer attribute their involvement in ASUCD to peer influences rather than campus-provided information.

“Most people get involved in ASUCD their later years; I got involved my first year,” Schaeffer said. “First of all, I had a great mentor — his name was Patrick Sheehan, [and] he was an [ASUCD] senator. He had mentored me and brought me into ASUCD and that helped get me off the ground.”

Tresh said that in addition to attracting students to run for senator positions, ASUCD also suffers from problems of communicating its relevance to students.

“[Many students] don’t realize that it literally takes 30 seconds to vote and that vote can make a huge difference,” Tresh said.

According to Corbett, “competing technology” has made voting so convenient that students tend to procrastinate and therefore forget about it.

“It’s not as visible,” Corbett said. “[In years past], you saw the voting booths and you went in. Now you do it on your phone, if you remember.”

Corbett also stressed that many UC Davis students do not realize the scope of the association’s many functions and purposes on-campus.

“I’ve heard many students just describe ASUCD as student government,” Corbett said. “[However] ASUCD is much bigger [than that]. ASUCD is [Unitrans], the CoHo, the committees that run Picnic Day, and the Whole Earth Festival. It is much bigger than just the election.”

Some believe that apathy among the student population for ASUCD has led to several major consequences.

“ASUCD cares a whole lot about certain issues and not about other issues, and I think that disparity between how much certain thoughts are considered and addressed has negative ramifications,” Schaeffer said.

According to current ASUCD Vice President and former senator Robyn Huey, having different types of people participating and actively voting in student government would facilitate unique ideas and thoughts representative of the diverse campus.

“For me, coming from a landscape architecture major, [being involved in ASUCD] is kind of unusual,” Huey said. “My classes aren’t really related to what ASUCD is, but I found out that some of the stuff that I learn and understand in my classes can actually be applied [to issues in ASUCD].”

Huey’s experience as a landscape architecture major gives her a unique view on situations, allowing her to have a fresh perspective on issues that are happening within the association. She hopes that other students may recognize this need to introduce a new perspective into the senate.

“Representation is really important; one student’s experience may not be another student’s experience [since] we come from different majors and backgrounds,” Huey said. “On one hand there are students whose classes are more geared toward ASUCD and on the other hand there are students whose classes aren’t related to ASUCD at all. But their perspective is still really important [in] that they represent the issues and voices of students who traditionally aren’t part of the ASUCD student government space.”

Huey said there is a lack of outreach and participation in the association from certain groups on-campus, specifically from students who are representatives of engineering and the sciences. But while under representation may be a current issue, Corbett recalls that in the past, the problem was much worse.

“When I was a student, it was primarily political science majors [in student government], maybe some international relations,” Corbett said. “Now, we have some engineering, and biological sciences on the table. I think that no matter the population that comes to the table, there will always be diversity of thought and ideas.”

Among the 12 senators this quarter and last quarter, however, not one is pursuing a degree in engineering. Huey hopes to change that.

“Another thing is making ASUCD relevant again and ensuring student voices are included in our decision-making process by having more focus groups, having more outreach,” Huey said. “For example, our student wellness committee brought in a lot of students who are more health-minded and I think that also relates to how ASUCD is relevant, making sure that we continuously provide infrastructures and support for students who have different academic interests.”

Looking ahead, Corbett said the association is constantly looking to better itself in order to best serve students.

“We have over one thousand student employees and volunteers. But we have to engage further,” Corbett said. “How do we engage the 26,000 students that are here? How do we make this a place where students can come and ask the right questions about what is going on in the student experience, and either find ways add new businesses or add new opportunities for ASUCD?”