Baby got (your) back 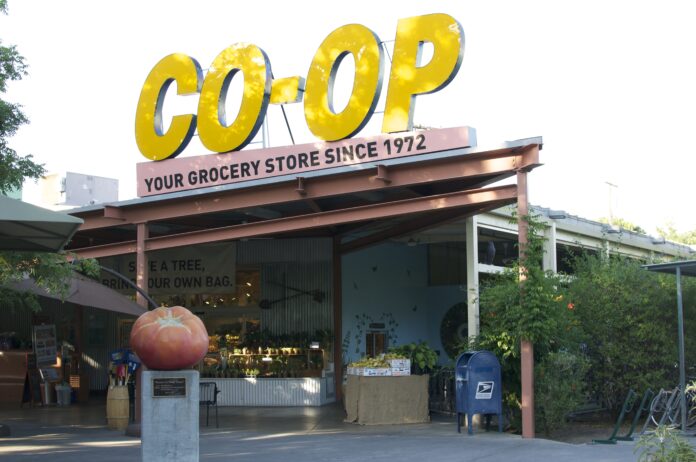 On G street in downtown Davis is a small house with cheerful yellow walls, a pink roof and large windows.

This little house is the Davis Food Co-op’s Teaching Kitchen, and it is a meeting space for many of the Co-op’s interest groups and cooking classes. On Tuesday and Wednesday mornings, however, the house is filled with the shrieks and laughter of Co-op’s youngest members and their mothers: the New Parent Network.

“I’m responsible for all the circles and networks that the Co-op hosts,” Davis Food Co-Op Marketing Director Julie Cross said. “We have a crafting group, a knitting group, a gluten-free group and a gardening group that meet once or twice a month. But the New Parent Network is the only one that meets every week.”

The network began in 2010 after the Co-op received news of the success of a new parent support group at a co-op in Boise, Idaho. As a facilitator, Cross found a meeting space and now works to promote events and create press releases, but she enlisted the help of Lesley Nelson, a midwife working in Davis, to lead the actual group. Nelson has since moved, but the group remains active with the help of current coordinator Melanie Gentles.

“When I had my first of three kids, I was part of a new mother group at Mother and Baby Source in downtown Davis and it absolutely saved my life,” Gentles said. “I had been a member of the Davis Food Co-op for about 10 years by the time I had my second child and heard that they were starting a similar network. Eventually they asked me to help coordinate and I was very happy to provide that service.”

Gentles begins every meeting by providing a free snack for the children — this week, it was fresh mango. After eating, the children sprawl themselves on the floor and entertain themselves with toys like Legos and puzzles.

“My daughter is not yet two years old and a little too young for pre-school,” network member and UC Davis psychology alum Andrea Francisco said. “This is a great opportunity for her to be around kids her age. I have only been to a couple of meetings, but depending on how my daughter is feeling, I would love to come back every week.”

Of course, the network isn’t just a playdate for children. The primary purpose of the group is to bring together those navigating parenthood and seeking support. Network member Anna Wood-Vasey Darbee remarks that raising young children can be both a joy and a serious challenge.

“It’s amazing to connect with other parents especially when you have a newborn baby,” Darbee said. “You can do all the research you want, but there’s this shell shock you still go through in the first few months after giving birth. It’s so nice to sit in a room of people who are going through what you’re going through and can completely understand what it feels like to only get two hours of sleep.”

Darbee, whose oldest child is now three, is a long-standing member of the network. Though she has switched jobs through the years and has missed meetings in the past, she said the support and friendships the network provides has never dwindled, even if her level of involvement has decreased.

In the past, the Co-op’s other circles have eventually ceased to exist after a lack of interest. Though the group might meet with great interest at first, coordinators or passionate members move away, resulting in decreased attendance over time. Cross recalls that meetings for the Co-op’s Vegan Group had to be canceled when only two members remained. Cross believes that the New Parent Network is one of the few groups that is unlikely to stop meeting.

Even parents that have stopped visiting the Teaching Kitchen on a weekly basis or have moved away from Davis maintain contact with the Co-op and the group.

“Just last week we had an old member send us a message through Facebook,” Cross said. “She moved from Davis but raised her first child here five years ago. Now she wants to bring her daughter back to a New Parent Network meeting so that she can reconnect with friends and [her] little girl can see the kitchen where she played and formed her first memories.”