No instruments, no problem 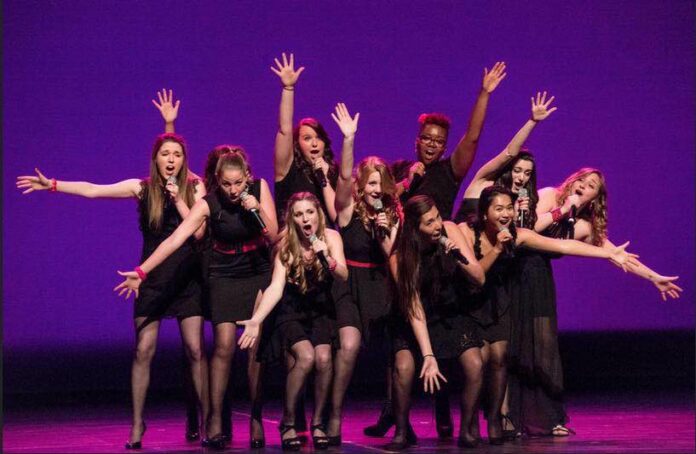 This Saturday, the a cappella community of UC Davis will be holding their last showcase of the year: Local Tones. This is the only performance of the year that will exclusively feature a cappella groups from UC Davis.

Johnny Wylie, business director of the Liquid Hotplates and a fifth-year senior majoring in neurobiology, physiology and behavior,, believes that the a cappella community of Davis has grown tremendously in recent years.

“I’ve been doing a cappella since my freshman year and it used to be four main groups: The Liquid Hotplates, the Spokes, the Lounge Lizards and the Afterglow,” Wylie said. “Everybody used to be pretty separate. But now we’ve grown in size and unified a lot. This community didn’t exist four or five years ago.”

The expansive list of groups that will be performing at Local Tones is certainly proof of the a cappella community’s growth. Along with the four groups mentioned by Wylie, the performance will also feature Jhankaar, an Indian interest group, Davis Chamber Choir, which focuses on choral music, and Greek Beats, an all-female Greek group.

Katy Jarvis, a senior math major and music director for Greek Beats, was one of the original members of the greek group back when it was first established.

“We wanted an a cappella group that was a little bit less intense and we centered around sorority [members] because we all have a million things to do but we also love to sing,” Jarvis said. “It’s kind of the perfect balance of getting your music in and still being able to fit in [the rest of our busy schedules].”

Anya Stewart, a junior political science major and co-president of the Spokes, agrees that the a cappella community has grown a lot more cohesive.

“There was a time when the groups didn’t really know each other,” Stewart said. “Having Local Tones, a show that features all Davis a cappella groups, is a wonderful opportunity to bring us all together.”

Jarvis believes that the diversity of the a cappella community is one reason it remains so popular on campus.

“One of the things I love about a cappella is that there’s a little bit of everything and it works because we all love music,” Jarvis said. “It brings people from all over campus.”

Having all the groups perform in one night also creates a lot of opportunity for collaboration. Wylie mentioned that the Liquid Hotplates would be collaborating with the Davis Chamber Choir and that there would also be small group performances between people from other groups.

“We’re mingling a lot, which is great and what the a cappella community is all about,” Wylie said. “We’re also doing a number at the end of the show that includes all of the groups; we’ve never done that before, so that’s very much uncharted territory, but I think it’s going to be be really great.”

After a recent collaborative song rehearsal, Stewart says she is excited for audiences to hear what the groups have been working on.

“We had a chance to practice our song the other day and it was incredible to have all of us come together for one song and show what we love to do,” Stewart said.

All proceeds from the show will be donated to the Thelonious Monk Institute of Jazz, an organization dedicated to providing music education to youth in underserved communities. The choice of a charity is also a communal effort.

“[The institute] does amazing work,” Wylie said. “It focuses on inner city kids in DC, New York and Boston, and it tries to teach them to be passionate about jazz music. It also provides them with instruments and support to fuel that passion.”

Courtesy photo by The Spokes.