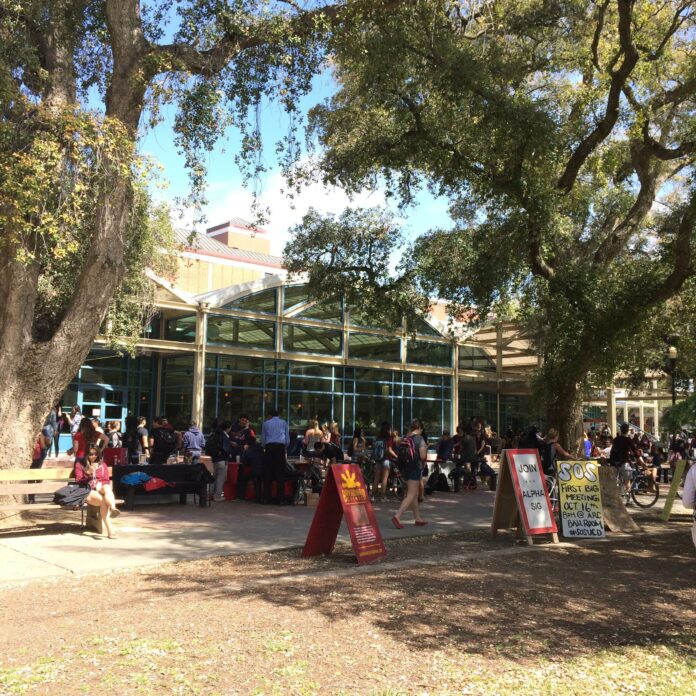 ASUCD leadership is preparing to make approximately $240,000 in cuts to next year’s fiscal budget.

On May 24, ASUCD president Mariah Watson wrote senators and unit directors in preparation for this weekend’s budget hearings. That letter, along with the recently posted budget proposal, details the executive office’s attempt to make a $217,000 dent in the projected cuts.

According to ASUCD controller Francisco Lara, $240,000 constitutes about one-fourth of ASUCD’s operating budget, excluding outsized units like the Coffee House and Unitrans. This year’s drafted cuts are more than double last year’s $110,000 in slashes that impacted units like the Experimental College and Refrigerator Services.

The executive office’s budget proposal cuts every unit’s funding by at least 15 percent, eliminates over 50 stipend jobs and dissolves the Post Office. Moreover, it decreases the Club Finance Council and Entrepreneurship Fund grants by 10 percent and the Cross Cultural Center’s Culture Days grant by 25 percent.

Given the severity of the Association’s financial predicament, the executive office has urged units to rethink their business models, even asking traditionally break-even units to now bring in profits. Project Compost is being willingly absorbed by the Campus Center for the Environment to help reduce costs.

“As an Executive Office, we have had to radically change how we think about ASUCD,” Watson said in her letter to senators and unit directors. “We have had to cut, merge and reshuffle services, all in the hope of continuing to operate as many services as possible.”

Watson said her team employed a zero-based approach in writing the budget proposal in an attempt to act fairly and protect student services. In this case, that means allocations were made on the basis of units’ actual spending for the past three to five years, not on precedents set by previous administrations.

The impending cuts reflect several novel expenses, some of which were unexpected due to plain institutional failures:

Around $83,500 had to be set aside to correct deflated allocations for Student Services and Creative Media employee wages. Lara said that, in the case of Student Services’ wages, previous administrations had been copy-and-pasting an incorrect figure between budgets for at least five years, indicating they had failed to account that figure would increase with wages, pensions and benefits.

Watson said she partially attributes past rubber-stamping to student officials’ distrust and exclusion of administration, including the ASUCD business manager.

Another $56,000 went to cover half the salary of a position recently added to Student Services. Per an agreement made at ASUCD’s charter, Student Affairs will cover the other half.

As described in a previous article, about $77,000 in revenue will be diverted into reserves as a result of Senate Bill #46’s (SB46) passage. Conceived by former ASUCD vice president Maxwell Kappes, SB46 was intended to create a fiscal buffer in preparation for costly accidents and potential future deficits.

Kappes said he does not regret commissioning SB46.

“I’m only upset that I didn’t catch the budget problems they are facing now such that I couldn’t have solved them in my own way,” Kappes said.

Unexpected increases in an annual tax paid to the Division of Student Affairs to cover services such as policing, firefighting and landscaping will account for another $15,000 in new expenses, according to Watson. This figure is significantly less than the initial $77,000 in projected increases that blindsided her and ASUCD business manager Janice Corbett a month ago.

According to Corbett and Watson, they were not made aware that former ASUCD president Rebecca Sterling had made an agreement whereby Student Affairs subsidized at least 95 percent of increases in the internal tax for the 2012-13 and 2013-14 fiscal years. As such, when Student Affairs’ subsidy timed out, they suddenly had to find a way to make up the difference.

Former ASUCD president Carly Sandstrom, Sterling’s immediate successor, claimed she had no knowledge of the agreement. Brett Burns, who was the ASUCD business manager during Sterling’s presidency, claimed he could not remember any details about the agreement. Sterling could not be reached for comment.

Corbett and Watson continue to negotiate a payment plan with John Campbell, the chief financial officer and executive director of Recreational and Divisional Facilities. In a presentation to the ASUCD senate, Watson stated Campus Recreation and Unions would cover the 2014-15 year’s tax increases, and ASUCD would pay for 33% of the 2015-16 year’s increases.

Further expenditures will result from California’s minimum wage increasing to $10 per hour in January. UC Davis Human Resources has also urged ASUCD to increases its stipends.

Watson said that she is seeking a one-time subsidy from Vice Chancellor of Student Affairs Adela de la Torre to ease the Association’s transition into fiscal responsibility and protect grants. Such a subsidy would not be used to delay, Watson said.