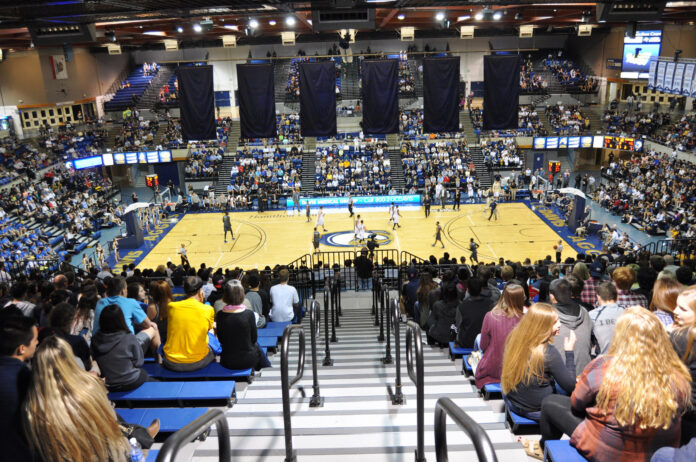 Senior guard Corey Hawkins has been at the head of the UC Davis men’s basketball team’s enormous success during the 2014-15 season. Going 25-7 overall and holding a perfect home record of 14-0, the Aggies had their most successful season yet since joining Division I. Hawkins has been a strong leader, and not just because of his performance on the court.

“He’s a great player. You look at his numbers and they wow you,” said head coach Jim Les during the 2014-15 season. “What people don’t know and what makes him special is his character, his leadership ability [and] his work ethic. He’s been an unbelievable ambassador for this university and he’s an unbelievable student athlete.”

Hawkins scored 30 points against UC Irvine to help cement the Aggies’ perfect season at home, making it his eighth time scoring 30 or more in a single game as an Aggie. The win was a part of a résumé that earned the Aggies their first trip to the National Invitation Tournament, thrusting them into the national spotlight.

Hawkins averaged 20.9 points per game, which made him a consistently deadly force at game time, while his 48.8 percent three-point shooting percentage led the nation and earned him recognition from across the country.

The sheer amount of awards and records Hawkins has received and set are nearly too many to list. This season alone he has been selected as an All-Big West First Team recipient, placed on the All-District Team by the U.S. Basketball Writers Association and participated in the State Farm College 3-Point Championship along with women’s basketball senior Kelsey Harris.

During the Reese’s Division I College All-Star Game, Hawkins put 20 points on the board, ensuring the West’s triumph over the East by outscoring all other players. This led to him becoming MVP at the conclusion of the game.

Hawkins, the Associated Press’ All-American Honorable Mention, finished his career as an Aggie on the top of his game. With seemingly endless accolades under his belt, he elevated the performances of all he played beside, most notably his Aggie teammates.

Hawkins and his teammates “became the first [team] to put UC Davis basketball on the map on a national scale,” Les said. That is part of Hawkins’ legacy that he shares with his teammates.

Hawkins is the clearest choice for the Aggie’s Athlete of the Year, leaving UC Davis to hopefully pursue a future in professional basketball.