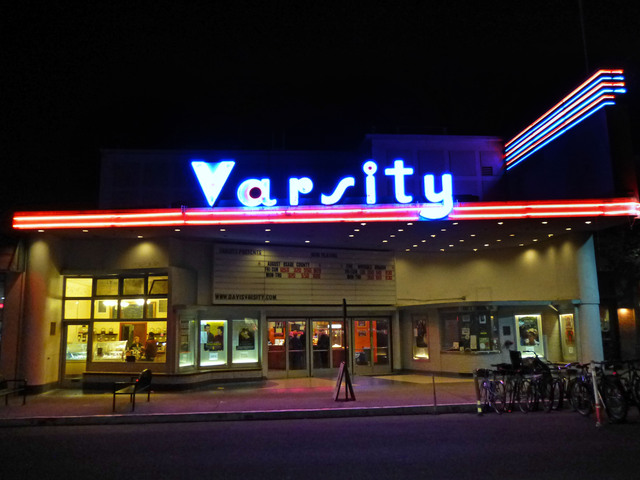 With a season full of quality big-budget and independent releases, Aggie cinephiles are in for a treat in the closing months of 2015. Whether you want to spend a night at the movies with friends, check out some indie flicks at the Varsity Theatre or kick back with Netflix at home, the following five films have something for everyone.

The only film on this list that you don’t have to leave the house to see, Netflix’s first original film is an adaptation of Uzodinma Iweala’s novel Beasts of No Nation. The film, directed by Cary Fukunaga (Sin Nombre, True Detective), stars 14-year-old newcomer Ama K. Abebrese as a soldier in a guerilla military faction during civil war in an unnamed West African country. Idris Elba co-stars as the leader of the militia group. In addition to marking a shift in the way we watch newly released films, Beasts of No Nation also provides a narrative perspective in Aberese’s character Agu – a child forced into the violent world of the militia – that has gone largely unexplored in cinema.

By The Sea is set in the 1970’s and explores the fragile relationship of a former dancer (Angelina Jolie) and her husband – played by Brad Pitt – while vacationing on the coast of France. Written and directed by Jolie, By The Sea does seem poised to be award season fodder (failing marriage, European background, historical setting, etc.), but after the release of the first trailer, the film is shaping up to also be beautifully composed and – most importantly – compelling to watch.

Adam Scott stars in Krampus, a horror-film about a family’s fight to survive an attack from Krampus, a figure from Germany mythology that punishes the naughty during Christmas (I’ll wait while you use your search engine of choice). The film is directed by Michael Dougherty, director of future cult classic Trick ’r Treat and should be a fun way to spend a night at the movies.

The Revenant, inspired by a true story, is set in 1823 on the Dakota Territory and follows Hugh Glass (Leonardo Dicaprio) on his journey for revenge. To say anything more would risk spoiling the sixth film from director Alejandro González Iñárritu (who also directed 2015’s Best Picture Winner Birdman), but the trailer does insure that the film will be gorgeously rendered and will also utilize some of the continuous tracking methods used in Birdman to make scenes appear as one extended take.

This Christmas, Quentin Tarantino releases his eighth film, The Hateful Eight. Tarantino’s body of work and cultural influence has made each subsequent release an event in itself and The Hateful Eight is setting up to be no different. The film is set in Wyoming a few years after the Civil War, and stars Samuel L. Jackson and Kurt Russell in an ensemble cast of bounty hunters, sheriffs and criminals stuck together in a stagecoach passover during a blizzard. Expect Tarantino’s characters and dialogue to reign supreme in the small setting. According to the director’s most recent interviews, the film will also provide a look at the “racial conflicts of the Civil War” in a way that previous westerns have not.