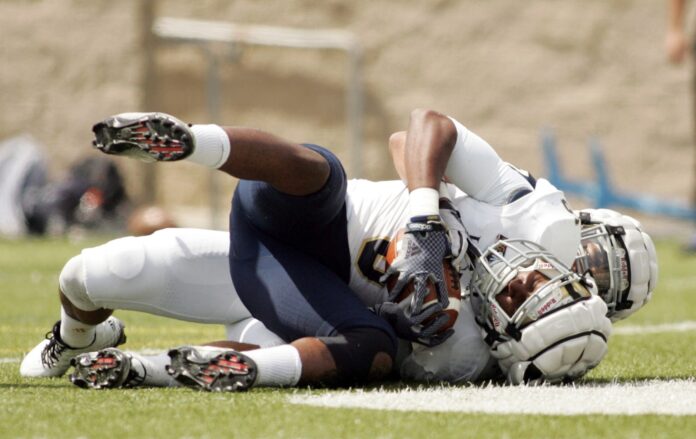 Sports action from the beginning of the season to Sept. 24

The Aggies began their season with a rough start, losing their first three games against Nevada, South Dakota and Hawaii. The UC Davis defense has struggled, as the team has lost by at least 10 points in all of its games.

The defensive and offensive lines have found it difficult to provide much support for the defense and the offense. For their first two games, the Aggies averaged 2.5 rushing yards per game, whereas the average rushing yardage of both opponents was 6.5. The offensive and defensive lines need to find a reliable way to solidify if the team hopes to win. Junior quarterback Ben Scott has made the most of the minimal time given in the pocket and has found his receivers to make up for a lack of running game.

The Aggies recently hit the road to face the Hawaii Rainbow Warriors in an upsetting 47-27 loss. At the end of the first half, UC Davis only trailed by three, with junior quarterback Ben Scott throwing two touchdowns and 233 yards.  However, Hawaii capitalized on many chances given by the Aggie defense, and in the end, the UC Davis offense was unable to keep up.

The Aggies hope to turn things around as they travel to play North Dakota on Sept. 26.

It has been a rough start for the UC Davis men’s soccer team, which currently holds a 2-5 overall record after winning its most recent match against Pacific.

Until, that is, their much needed win against Pacific. Something clicked into place and the Aggies screamed into gear, scoring two goals in the first half and four more in the second. Senior goalkeeper Kris Schultz prevented four balls from hitting the net, and was instrumental in the final score of 6-0.

The UC Davis men’s soccer team will strive to turn their success into an upward trend in their next game at Saint Mary’s on Sept. 26.

Despite coming off of a frustrating overtime loss against No. 6 Stanford on Sept. 17, it was clear that UC Davis’ efforts put some fear in Stanford and the rest of the division.

The Aggies have been on the grind this season, fighting hard for a 5-3-1 record. Junior defender Rachel Smith has been lighting up this season as she leads the team in goals with five total, providing an extremely valuable offensive boost along with her defensive prowess.

In their first of four straight home games, UC Davis beat San Diego State 1-0. With a great setup by senior midfielder/defender Ana Marija Sola, first-year forward Crystal Crump put away the game winning goal. Against such a talented team as the Aztecs, this win bodes well for the Aggies’ next few home games.

Sept. 26 marks the second in a four game homestand at UC Davis, where the Aggies will play Saint Mary’s on the Aggie Soccer Field.

Lack of communication has been part of the reason the Aggies are in a 5-9 hole this early in the season, one instance with the ball dropping between two Aggies who failed to communicate on who would make the particular play. Their latest endeavor, a home-opener loss against Sacramento State, ended in a three-match sweep for the visiting rivals. The Aggies seemed defeated both physically and mentally by the third game, leaving little doubt of Sacramento’s success.

Winning one of two games at the Fresno Invitational on Sept. 18 and 19, the Aggies should not be counted out just yet. Despite their mistakes, there are still many games in the season and plenty of time for UC Davis to get back on track.

Senior outside hitter Kaylin Squyres has been a shining example of a composed offensive player who can play defense.  A rarity in the sport, Squyres adds much needed defensive skills as well as a voice for a team who is in search of a leader on the court.

The Aggies will head to Long Beach State on Sept. 25 for a televised match.