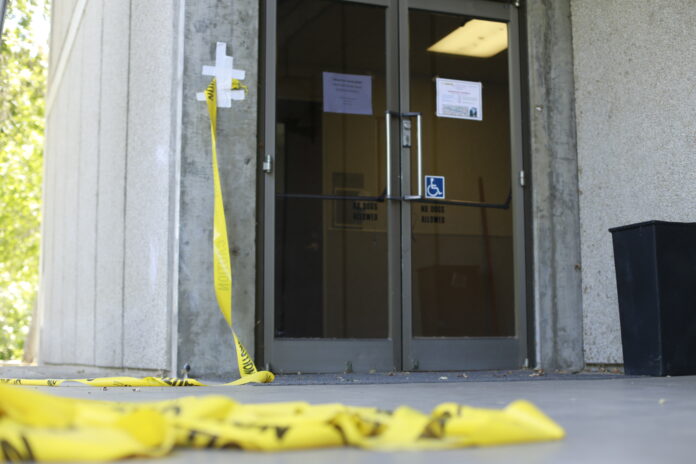 On Aug. 17, Sacramento’s News10 published an article in which two university employees and five student assistants revealed how the UC Davis Academic Technology Services Department’s unsafe practices may have exposed students to the carcinogen asbestos.

In a written statement to News10, UC Davis News & Media Relations Executive Director Dana Topousis said that although older buildings on campus may contain asbestos, this does not necessarily mean that students are at risk of exposure.

“Asbestos was widely used in various construction materials for decades through the 1980s, and consequently many older buildings contain asbestos,” Topousis said. “The presence of asbestos in building materials in older buildings…does not equate to airborne asbestos exposure.”

However, employees Trevor Williams and Mark Kellogg state that they were instructed to drill in the walls and ceilings of the campus’ older buildings while air conditioning and ventilation systems were on and while students were in the classrooms. The workers also report that they were never informed of the exact location of the asbestos.

“My manager Joe Kelley and project manager Derald Reedy knew that there was a possibility of exposure and they told us to drill anyway,” Williams said.

UC Davis provided News10 with a released air sampling test that showed no detection of asbestos. However, according to Kellogg, this air sampling was likely done after a few days of no movement in the room and with the air conditioning shut off.

“They’re preying upon the ignorance of the public and the students,” Kellogg said. “It’s not difficult to show a clear air sample. All it takes [for asbestos to spread] is one maintenance person agitating some asbestos within that building and putting [it] in the air.”

Kellogg also refutes the claim that asbestos is not a problem in UC Davis buildings because of a lack of health complaints from workers.

“It could take up to three to ten years for any of us to get sick,” Kellogg said. “Because the [asbestos] fibers are so small, they embed themselves in your lungs…moving deeper into the air sacs of your lungs. So it could take years for you to start having [health] problems.”

The possibility of asbestos in these buildings has also raised the question of how well UC Davis enforces safety policies to protect both its students and its workers. Both Kellogg and Williams said that they did not receive any training at the time of the incident.

“There is zero safety training whatsoever in our department,” Kellogg said. “Granted, they’re scurrying right now to get it all together.”

Environmental Health and Safety Specialist James Dunbarr stresses that there are several steps to ensuring safety when dealing with asbestos.

According to Dunbarr, UC Davis employees make an initial hazard assessment for buildings by taking samples from the walls, ceiling or floor tiles in order to check for asbestos. Based upon the level of asbestos present in the sampling, the university has professionals deal with the asbestos presence and set up containment. Once it is removed, a third party conducts an air clearance sampling before taking down the containment and re-opening the space.

The News10 report also interviewed Thom Jensen, author of the asbestos report, asking him about the asbestos abatement process in Olson Hall, one of the older buildings on campus.

“A worker showed how floor tiles and wall panels were removed from at least two classrooms,” stated Jensen in the article. “Less than an hour after that visit the workers tented the classroom doorways and started running large filtration systems that remove asbestos and other contaminants from the air.”

In the article, Jensen noted that this abatement project did not seem to align with safety procedures that CAL/OSHA Senior Safety Engineer Jeff Ferrell spoke of.

However, Dunbarr states that proper procedures were enforced in Olson.

“At that particular time, the project manager said that they were not [yet] doing asbestos abatement,” Dunbarr said. “My feeling is that that might have been a misunderstanding by that reporter.”

In light of this potential asbestos exposure and several other asbestos exposure occurrences at other California schools, the Environmental Working Group (EWG) Action Fund sent a letter to health and education officials calling for a statewide inspection of schools. In response to this letter, UC Davis issued a statement on its news website Dateline to reaffirm safety as a priority, restating that there is no presence of asbestos in the air of the buildings and announcing that the university will continue investigating to make sure that all safety procedures have been followed.

Kellogg says that he would not feel surprised if other California schools face asbestos problems as well.

“I believe it’s probably rampant throughout the entire UC system,” Kellogg said. “I can’t say it is for sure, but I believe it is.”

Meanwhile, Kellogg and Williams still work for the university in the Academic Technology Services Department.

Williams and Kellogg’s priority in making these complaints public is to ensure that students, faculty and workers will be safe when in these buildings.

“[I want] the safety procedures that the university claims to follow [to] actually be followed,” Williams said. “And that the people responsible for this violation be punished. And that I am not discriminated for doing the right thing by looking out for the public.”