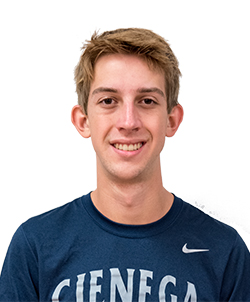 Shakespeare and company at risk of dismissal

When universities finally become the diverse places they purport to be, shoot me an email. I will rejoice. For universities are not the bastions of diversity everyone claims. Their demographics prove otherwise.

Look around a typical campus and try to spot Waldo: a conservative professor hidden in a sea of intellectual homogeneity. It might be harder than you think. A Harvard study from 2007 revealed that a meager 13.7 percent of professors nationwide are Republicans, while 51 percent identify as Democrats.

If we instead break down the numbers by political orientation, we see that 8 percent of professors identify as “conservative” while 34.7 percent identify as “liberal.”

The ideological gap at universities increases even further when we look at certain fields of study. Professors in the social sciences and humanities are overwhelmingly liberal: 58 percent and 52 percent, respectively. Conservatives in these fields: 5 percent and 4 percent. This chasm is reflected in most other fields as well –– only computer science (by half a percentage point) and business (by three percentage points) host more conservatives.

The humanities and social sciences are known for their interpretative curricula, and such a liberal bias among teachers is worrying. There is hardly room for balancing the opinions on the left with equally adequate ones on the right.

English departments in particular are prone to this discrepancy –– the same Harvard study reveals that only 2 percent of English professors are Republicans. In any other setting, such incongruities with national demographics would spark outrage.

Instead of an outcry, though, a few English departments have sought to use their advantage in numbers (or been asked to do so) to transform established curriculum requirements into gender and race-inclusive ones. This attempt to focus on history’s lost voices is admirable in theory but misguided in practice.

Something similar already happened at UCLA: its English department in 2011 decreased the required courses on Shakespeare, Milton and Chaucer in favor of ones on sexuality and class. Is society supposed to be satisfied with English majors potentially ignorant about the poetic soliloquies of the Bard himself? Are Eliot’s poems and Hemingway’s novels next on the list for abandonment?

In fact, T.S. Eliot and Shakespeare were on the list of poets which a group of Yale undergraduates in June called “hostile to people of color.” They subsequently demanded the “decolonization” of their English department’s curriculum. The suggested replacement: courses on gender, race and class. Similar happenings recently occurred at Seattle University and UC Berkeley. Regrettably, this trend shows no sign of slowing down.

Some may argue that removing the “dead white male” from required curricula is a step toward real diversity. But this ignores the hallmarks these authors left on subsequent works, including ones penned by women and minority writers. Many were inspired by the same men the Yale students wish to discard. W.E.B Du Bois may have said it best: “I sit with Shakespeare…I summon Aristotle and Aurelius…they come all graciously with no scorn nor condescension.” His admiration is telling enough.

The reason why countless generations have been influenced by these “dead white males” is that they brilliantly expressed the complexities of being human.

The legacy of Shakespeare et al. should not be defined by their “whiteness” or “imperialism,” but by their ability to speak about the inner workings of human nature. They deserve to stay relevant in common discourse because they have added exponentially to the knowledge of our collective experiences regarding friendship, power, betrayal and love. Ignoring this for apparent political reasons is ignoring visceral analyses on all of humanity that transcend creed and color.

True strongholds of diversity would reflect a range of professorial ideologies and keep literary dynamos immortal. If English departments, and universities in general, had more conservative professors, those waging the war on Shakespeare and company would at least have worthy opposition.

Sadly, there is little evidence of this push for intellectual diversity at universities nationwide. Until this ideological gap is closed and the crusade against these authors abandoned, genuine diversity will only be a pipedream at universities. The hunt for Waldo continues.