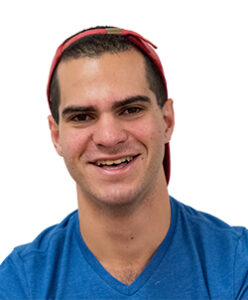 Our ancestors who stayed in died in blazes of mediocrity

I took a break from my diet the other week.

I’m usually pretty strict on eating nothing but chicken breasts, egg whites, sadness and sautéed vegetables, but sometimes, I just want to pig out. In the morning, my friends wanted a Baba’s breakfast burrito, so I went with them and ate with the boys. In the afternoon, I had to bake cookies for a friend, so I made Nutella salted caramel brownies. Of course, the most important part of the baking process is taste testing, so I had a lot of Nutella, salted caramel and Nutella salted caramel brownies.

Then I went home to see my family and my mom made borekas (savory Jewish pastries made of phyllo dough filled with cheese and spices and calories) and I inhaled a tray and a half. My brother was impressed. My sister was disgusted. I’m pretty sure even my dog judged me.

It was a one-time thing — purely hedonistic and indulgent — and I woke up the next morning with a pang of regret. I did some extra cardio, played an extra game of basketball, had an extra guilt trip or two and didn’t look at the scale for a couple days. I bounced right back into my diet and didn’t look back. It happens.

The other week, my plans fell through. I thought I was going out, but my friends at the very last minute couldn’t rally. I frantically texted a bunch of other people, but everyone else had plans, and it was 9:40 PM. I had committed a rookie mistake by not making backup plans. So there I was, staring at my ceiling, wondering what the heck I was going to do that night.

“Just stay in. You have food, you have drinks, you have someone else’s Netflix password… what else do you need?”

So I stayed in. It wasn’t the worst. Having a night where I do nothing and meet no one and just vegetate isn’t terrible, necessarily.

But it isn’t good. It isn’t exciting. It isn’t risky. It’s boring. It’s bland. When people look back at their youth, when people sit in their offices on a Tuesday morning when they’re 55 with three kids, a mortgage and a retirement plan, they’re not thinking about the nights they just hung out at home and relaxed. When my dad has his buddies over for drinks, they’re not laughing obnoxiously about their “cozy” nights. No one reminisces about all the times they were idle.

When I stay in, I get the same feeling as I do when I veer off my diet like a Kennedy on summer vacation. I’m ashamed of it. Chalk it up to my crippling FOMO, but I can’t even get out of my own headspace when I’m doing it.

But no: I stayed in.

The other week, I read an article on Vice that showed, with fancy statistics and newfangled studies, that our generation is “over” going out. Now, I acknowledge that I’m a specific type of person — an extrovert who feeds off crowds — and I know not everyone can relate to that. But with passages like “you get to wear comfortable clothes, summon whatever food you want […] go to bed when you choose […] for most of the humans who have ever lived, this generation’s typical night in represents an impossible pinnacle of luxury,” the article doesn’t seem to do going out justice.

I hear one argument that suggests because our ancestors had to struggle to survive, we shouldn’t take for granted our creature comforts, so clearly, we should just stay stationary while the world turns around us.

You know how our ancestors actually survived? You know how your great-grandfather met your great-grandmother, how they both presented themselves as interesting people worthy of love and partnership? You know how all of your ancestors made it far enough in life to keep raising generations until it got to you — you, who’d rather hole up without human contact because you’d rather stare at a screen with moving pictures? They sure as hell didn’t retreat into their comfort zones and stay in their cocoons while life passed them by.

Now, I’m sure there’s many people who 20, 80, 200 years ago did exactly that. And I bet those people, more often than not, didn’t forge incredible relationships. I bet they didn’t grow that much as people. I bet those people died childless and alone, ending their chapter in human history in a blaze of mediocrity.

Going out isn’t easy or comfortable. You often have to put in effort to present yourself. You have to find the energy or enthusiasm or courage deep within you (and by you I mean alcohol) to put yourself out there, and you have to be okay with the risks. You might have a bad night. You might meet absolutely no one who piques your interest, you might have an off night, you might get ditched by your friends, you might go past your limits and way out of your comfort zone to the point of it being absolutely awful.

But when you let go of the fear of having a bad night — when you accept that the best you can do is just put your best foot forward and hope that the universe gives you something to work with — you never know what might happen. I firmly believe that’s the only way to approach anything in life: without fear of failure, with a healthy awareness of the risks but also a healthy excitement for the rewards.

Whether it’s a party, a club outing, a salsa class, a beer and wine tasting, a concert — whatever it is, let’s stop pretending like we’re actually happy when we pass out with empty take out boxes and the Netflix queue still running. We should feel guilty. And we should vow to get back on it next weekend — much like a diet.