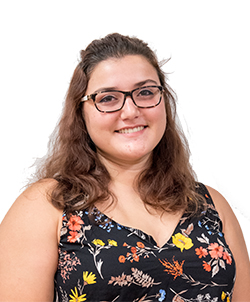 The amount of misinformation surrounding the livestock industry amounts to propaganda

Did you know that agriculture has a bigger economic share in California than Hollywood does? According to the California Department of Food and Agriculture (CDFA), California agriculture is a $42.6 billion industry generating $100 billion in economic revenue.

Animal agriculture, encompassing dairy production and livestock, contributed $12.1 billion in 2013 to the industry. California is the leading dairy producer in the United States, generating $9.16 billion in revenue. Additionally, animal agriculture is one of the world’s biggest employers. About 1.3 billion people are employed in the livestock industry across the globe, says Ermias Kebreab, an animal science professor at UC Davis.

But despite the huge net impact of agriculture, the level of misinformation surrounding the industry is astounding.

One of the largest issues plaguing animal agriculture today are propaganda videos from groups like People for the Ethical Treatment of Animals (PETA). These videos are often short, filled with cute animations and paired with a catchy tune. However, their contents are not so innocent. I have watched many of these unfortunate videos in classes and on social media, and most of the information they provide the public with is wrong. They portray common welfare practices as torture.

For example, one common target of misrepresentation is the use of farrowing crates for swine producers. Farrowing crates are used for sows that are going to farrow (give birth). Sows, female pigs, are temporarily placed in the crates in order to ensure that she will not crush her offspring.

Swine commonly have large litters of 10+ piglets, but evolutionarily speaking, the mothers have poor maternal instincts and are not concerned if they sit on or crush a few of their babies. Indeed, over 50 percent of postnatal deaths among pigs are a result of crushing by the mother. Producers developed farrowing crates as a means to protect piglets from their mothers.

The crates allow the mothers to stand, sit and lay down with constant access to fresh food and water, while providing the piglets with safe places to sleep without being squashed. The crate limits the mother’s range of motion, but only temporarily.

Another commonly disputed practice in the livestock agriculture is the removal of calves from their mothers after birth. Calves have an underdeveloped immune system at birth and are at greater risk of getting sick if they remain with their mothers. Studies have shown that the sooner calves are removed, the less likely they are to get sick and the less stressful it will be for both mother and daughter. The practice also ensures that the calf will receive its colostrum (first milk that provides antibodies).

One cause of concern is the passage of Cryptosporidium parvum, a parasitic protozoa that causes severe diarrhea and can be fatal to a calf. Infections are much more likely to occur if calves are left with their mothers, as they do not have properly functioning immune systems and cannot protect themselves from diseases the mother might pass on.

The industry is improving, despite the negative propaganda. Welfare practices, as controversial as they might seem, are in place for the protection of the animal. If an animal is healthy and content, they become more efficient producers and generate fewer greenhouse gases. Animals receiving the proper care are more sustainable, requiring less feed to produce the same amount of product as a mistreated animal.

The myths about the animal agriculture industry are unfounded and are detrimental to the farmers who produce food for a country of 300 million while trying to please every whim and desire the consumers have. Instead of judging these incredible individuals for things they cannot control, we should support them and aid in finding means to grow food sustainably to ensure a proper future for generations to come.