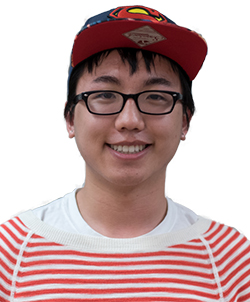 Ten weeks abroad showed me I’m not ready to graduate

Well. Ten weeks have passed since I arrived in Australia. And I’ve got to admit: this program has been one of the most interesting experiences I have had in college. But I have come to a realization after everything that has happened here: I am still so far from being ready to leave the confines of college just yet.

In other trips abroad, I never took college classes and worked an internship for 18 hours each week. I know that many students have to work to support themselves and take on a full course load and that is normal for them. But I have been fortunate enough to not have to work while attending college, so let me just say that my metaphorical hat off is to everyone that does: it’s hard work. Not only do you have to pull yourself out of bed for work on a regular basis, but you also have to add that challenge to the general stress and demands of schoolwork and exams. Every time I would come home from my internship, I would just be able to barely slip off my shoes before falling into bed from exhaustion. This happened pretty frequently for me, and I can’t say that I’m going to miss that aspect of sleep deprivation and stress of this program.

And while I was always tired, the program was filled with excursions that made up for any boredom and exhaustion that came directly as a result of my internship. We went to the Blue Mountains and hiked where Darwin took notes on the indigenous species. We got up close and personal with animals like kangaroos, wallabies, echidnas and, obviously, koalas. We learned about the intense relationship Australia had with colonization of the indigenous people and how the nation was founded. We saw a show at the Sydney Opera House.

But here’s the thing: most, if not practically all, of my favorite parts of this program have occurred when the only effort I really had to put in was showing up for the field trips and excursions. I was so worried with making sure all my assignments got finished that I felt like I barely had any time to plan anything for myself except the occasional three-day weekend. I was so used to having a similar structure every day with class and homework that anything other than class seemed bizarre to me since I have been in school for the past 16 years of my life.

And what does this mean for me as an adult? I took it to mean that I still struggle with time management and how to cope with large amounts of stress in my life. These are skills that I have learned are vital to make it in the real world after earning my college degree this coming June. While I don’t seem to have too much time left, I believe that six months is enough time to work on these skills before I leave UC Davis.