We don’t have to tolerate ‘tolerance’ 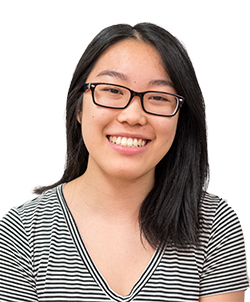 Acceptance of identities and opposing views is increasingly necessary

Tolerance and acceptance are two separate ideals that we, as a society, have come to see as synonymous. It’s a wrongheaded view that has resulted in tolerance becoming a standard of acceptance during conflict. But tolerance is a sham.

Tolerance isn’t a holy grail, high-achieving standard that we should be following, and it’s certainly no solution to conflict. Tolerance doesn’t mean acceptance or understanding. In fact, the use of tolerance in society is dangerous for attitudes and behavior.

There’s a misconception that if we don’t agree with someone, we should at least be tolerant of them. This is the worst form of conflict resolution because it doesn’t solve anything.

To tolerate an identity or belief simply means to allow it to exist, whether or not we agree with it.

For the most part, we tolerate LGBT+ identities. We allow them to exist in certain spaces, and most people have come to recognize that while they might not agree with these identities or understand them, it’s okay that these folks exist — as long as we don’t see gay couples walking around, or holding hands or other public displays of affections. Transgender folks aren’t allowed to use the restroom that aligns with their gender identity. And same-sex marriage? It’s not that gay, lesbian and bisexual folks can’t exist  — it’s just that marriage is sacred, and they shouldn’t be allowed to take part.

But as far as their existence goes, we’re tolerant, right?

This is how we use tolerance in our country, and it doesn’t work. It’s nothing more than a thinly-veiled attempt to dictate someone’s behavior.

We don’t get to determine whether or not someone is allowed to exist. It’s not our right, and no one needs someone else to tell them whether or not they can be. To say we tolerate these identities but to then police the rights everyone should be privy to means we’re doing the bare minimum of being truly accepting and open.

Some people think they have a right to police because of their privileged place in our society. We exist in a greater, systemic social hierarchy that has historically oppressed marginalized identities for the sake of maintaining dominance. Instead of perpetuating degrading standards of conflict resolution, we should break down these barriers and strive for acceptance and openness.

Acceptance allows us to move beyond tolerance, beyond just allowing someone to exist. It’s recognizing that these identities and people are valid and deserving of respect and the same rights in society as the rest of us.

Understanding is an even greater challenge. Realistically, we can’t truly understand what someone else is going through. We can try to, and doing so would help us be more accepting, but it’s not possible to understand every aspect of someone’s experience.

But it’s not necessary to understand in order to accept. The only requirement someone needs to meet to be worthy of acceptance should be their humanity. If their identity doesn’t hurt you or others, what does it matter if you can or can’t understand exactly what they experience?

Acceptance, insofar as it applies to identities, can and should also be extended to ideals, beliefs and opinions — to a certain extent.

There are a number of factors — experience, upbringing, perception — that shape our belief systems. I recognize that many people do not share the views that I have expressed throughout this quarter, and I accept the fact that people have different opinions. It would be wrong of me to preach acceptance only to denounce anyone who doesn’t agree with me.

However, if your opinion or belief system hinges on the oppression of marginalized groups, that isn’t an opinion. It’s bigotry. An opinion shouldn’t perpetuate injustice and oppression. If it does, that “opinion” is just hate disguised as an opposing view.

No one should have to accept injustice. We, as a society, shouldn’t accept it, and instead of saying that “everyone has a different opinion,” we should do everything we can to end oppression.