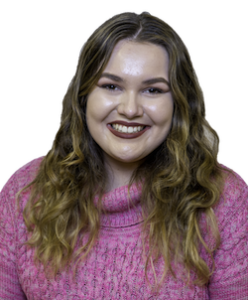 The terrible tale of Katie Custodio and the hammock quad

It was a beautiful Davis day on January 11th. Second-year student Katie Custodio was released from her lecture 10 minutes early, a gift from the ghost of Gunrock. She fled to the Memorial Union with gusto, her heart set on a coveted taco salad from the CoHo. That’s when she saw it. The unicorn of Davis.

“I swear that Jesus himself put a spotlight on that famous blue netting,” Custodio said. “There it was…empty as my bank account.” Custodio went into an intense, yet self-proclaimed “casual,” shuffle as she made directly for the hammock.

“I think it was just like when Cinderella saw the prince at the ball,” she cooed. “At that moment, everything made sense to me.”

Custodio got to the prized hammock, plopping herself into it immediately. She said that she must have been there for at least 30 minutes before she tore herself away from the experience of a lifetime to go get lunch and prepare for her next class.

“I can’t tell you how good it felt to just relax in a net for a while over a plot of muddy terrain,” Custodio went on to say. “The suspense! It was by far the height of my UC Davis experience.”

“I opened Snapchat and it hit me: I forgot to post that I had gotten a hammock,” she said.

Just like the saying goes, if a girl sits in a hammock and no one Snapchats it, did it really make a sound?

“I keep telling everyone that I got one but none of them believe me,” Custodio weeped. “I feel like a fraud!”

Katie described seeing the hammock everyday on her way to class as “painful.” She has started biking with her eyes closed in order to prevent the connection between eyes and seat.

“It might be dangerous,” Custodio said. “But not as dangerous as forgetting to document yourself doing Davis bucket list activities.”

This article was brought to you by the UC Davis Snapchat Justice Association (SJA).
Written by: Olivia Luchini — ocluchini@ucdavis.edu