Remove the roadblocks to self-driving in California 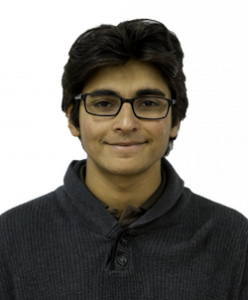 Most Californians know the Department of Motor Vehicles (DMV) as a bureaucratic dungeon. The DMV has an enormously negative connotation, evoking memories of the hours drivers are forced to waste in its stuffy, beige, odorous offices.

It seems the apparatchiks that head this regulatory hydra have bored of merely tormenting civilians. The agency announced Dec. 21 it would revoke the registration of Uber’s sixteen self-driving cars over the company’s unwillingness to apply for a $150 “autonomous vehicle permit.” Uber has had its self-driving taxis picking up San Francisco passengers since Dec. 14. The company argued that because an Uber driver was present in each of these vehicles, the cars were technically not self-driving, and no permit was needed to operate them.

Why is Uber, a ridesharing company with revenue nearing $2 billion, so averse to purchasing the $150 permit? The issue isn’t price. By having a permit, Uber would be forced to disclose trade secrets, like how it collects data on users and how its self-driving technology works. Such disclosures could allow other ride-sharing services to respond in-kind with their own technological innovation, making Uber less competitive in a rapidly developing market.

Self-driving cars will one day remove the malignant presence of human error in driving. The world will finally bid farewell to angry drivers, blind spots and DUIs — consulting firm McKinsey & Company finds that this could reduce traffic fatalities by 90 percent every year, saving up to 300,000 lives per decade. Self-driving cars will be on par with public health triumphs like vaccines and anti-smoking campaigns in terms of the number of lives saved.

California, home to Uber, Tesla and Google, is on track to reap the economic and cultural benefits of this auto industry disruption. In addition to reaping the jobs and infrastructure that these companies will create, California could be crowned the next auto capital of the world. If the state wants to continue down that road, as it should, it needs to allow these tech companies the breathing room to experiment and innovate. Tying them down with onerous red tape, like the permit they would require Uber to purchase, would drive the budding industry away.

Uber has already highlighted Pittsburg, Arizona, Nevada and Florida in a statement as cities and states which recognize “that complex rules and requirements could have the unintended consequence of slowing innovation.” This is a not-so-subtle threat to move its operations to more business-friendly locales, and with it the tax revenue and human capital essential to California’s growth.

Our politically progressive state should encourage technological progress by loosening regulatory frameworks and burdens like the DMV license. And the DMV, for that matter, whose Sacramento office has a wait-time averaging 105 minutes, ought to take notes on Uber’s innovation and efficiency.
Written by: Sid Bagga — sabagga@ucdavis.edu