Preparing for the worst in Joshua Tree National Park 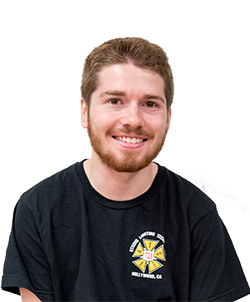 Stupidity and nature intersect marvelously in the High Desert of California

Few things complement each other with such ease as the National Park System and the Darwin Awards do. Nature has always brought out the worst in man, but it was only since the mid-1980’s that an organization — The Darwin Awards — started formally recording the most forehead-slapping disasters that occur when you put a human in the wild with the unreasonable expectation that they will respect their surroundings. According to the website, nominees for the award are among a select group of individuals who, through death or serious maiming, have improved “our gene pool by removing themselves from it.” Not many creeds are as delightfully morbid.

I found myself in Joshua Tree National Park last December, alone, on a trail marked “unmaintained” (which effectively means no trail at all), stuck between a rock and a 50-foot cliff. I was crouched because the rock hung at an angle over the path, and standing upright would have meant thrusting my torso over the edge. My destination, the summit of Mastodon Peak, was just around the edge. I eventually made it past this obstacle by hugging the rock with the same determination of a barnacle fixed to the leg of a pier. The Salton Sea looked clear and white from the top.

But as anyone who’s ever climbed a mountain or tried hard drugs knows, coming down is the hardest part. And I was vertiginously high, don’t-even-think-about-looking-down high. This was my Darwin moment. And it made me consider all who had come before.

One woman in 1999 died BASE jumping in Yosemite Park because her pull-cord failed her and the parachute never opened. But what elevated it from a tragedy to a Darwin Award level tragedy was her earlier decision to buy discounted equipment. I sympathize with that woman now. People get hurt in nature, in large part, because they come unprepared. Sometimes it’s faulty gear. Sometimes it’s the astonishing lack of common sense that makes you think it’s a good idea to, say, take a quick dip in the vivid, chromatic and boiling hot thermal springs of Yellowstone, as one now deceased Oregon man thought prudent last November.

In my case, it wasn’t being unprepared to get off Mastodon Peak, but a paralyzing fear of heights and a foot that had been severely cramping the last two miles of the hike. Did that qualify me as a certifiable idiot? Only if I fell, I reasoned. Plus, I was somewhat prepared. In my bag: three feet of gauze, rubbing alcohol, bandages (large and small), cotton swabs, paper towels and dry socks. It wasn’t too much. My supplies would have been perfect for the minor idiocies of walking into a cactus or stepping in the one puddle in all of Joshua Tree.

I stayed up there for five minutes. I postured. I stuck my hands out. To someone observing below, it may have looked like a triumphant gesture — the exaltation of someone unburdened by society. I was just trying to see if I had the wingspan to grab a somewhat promising boulder if I slipped off the side of the cliff. My mother, who had her trepidations about me going to the desert alone, would never hear about this experience. I would tell her that I hiked seven miles, stayed on the trail, took great pictures and made sure to say “hi” to any fellow travelers. A wholesome journey of self-reflection — my very own day as Henry David Thoreau. Provided, of course, I made it down.

I came to the segment of the path that caused me great difficulty on the ascent. From where I now stood, it looked impossible. It was one of those crab traps in which the netting allows you in, but seizes up to prevent exit. My hands and feet shook. The wind blew hard and cold. I took off my gloves because they reduced my grip on the granite. Stowed my camera so it wouldn’t get damaged in the case I did plummet off the edge. And then I managed to jump across safely and everything was fine.

It dawns on me now that if Thoreau went to the woods “to front only the essential facts of life,” I went to Joshua Tree to front the essential facts of my own stupidity. I was shaking the rest of the way off the mountain. Never again, I thought. It’s worth noting here that 87.7 percent of Darwin Award winners from 1995 to 2014 were men, according to a wholly unsurprising study by the British Medical Journal. I’m going back to Joshua Tree, and I would encourage any young men reading this to do this same. But prepare for the worst. Prepare to be humbled.