Turkey as a model for the Middle East 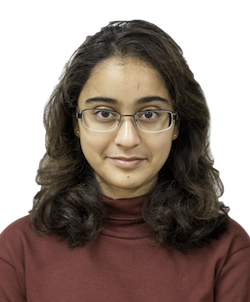 The traditionally secular nation is facing new challenges from fundamentalists

Early in the morning on Jan. 22, the Islamic Center of Davis was vandalized. Windows were smashed and strips of bacon were left on door handles with the intent of intimidating the Muslim community, seeing as pork is a forbidden meat in Islam. This incident came as the President promised to take drastic measures against the Muslim community in the United States and a speech by Milo Yiannopoulos, the tech editor of far-right news outlet Breitbart, on the UC Davis campus was cancelled.

This incident, which is being treated as a hate crime, points to the recent trend of Islamophobia that seems to be growing around the world. In some ways, it’s not hard to see why. From terrorist organizations that seem to multiply each time one is eliminated to the ever-present instability in the Middle East, it can be hard for outside observers to separate terrorism from Islam — especially when violent acts are performed “in the name of Islam.” The Middle East has become, in the broad public consciousness, synonymous with chaos, terror and regressive mindsets. This bias is only confirmed when the news coverage on these countries relates to war, air strikes and refugees. The common denominator in these countries seems to be that most of their citizens are Muslim.

Until recently, Turkey stood out as a nation that, despite a religious, Muslim majority, had built a functioning democracy with a written constitution and an established tradition of secularism. Turkey, with its robust and growing economy, served as a good example of how Islam and modern democracy can coexist and thrive.

Long held up as a model to Arab nations, Turkey’s peace is slowly unravelling. It’s inching closer to becoming an Islamist nation, abandoning the secularist views which have been the country’s foundation since its establishment in 1923. Many critics say that President Recep Tayyip Erdoğan is responsible for the country’s downward spiral. For over two decades, Erdoğan has served as Istanbul’s mayor, Turkey’s prime minister and president since 2014. Despite wielding an enormous amount of political power, he has tried hard to strengthen the presidency — traditionally weaker than the prime ministry — in a move that would require him to change the constitution. He has attempted to repress all challenges to his reign, especially from Fethullah Gülen, a moderate Turkish writer and Islamic preacher living in self-imposed exile in the United States. Turkish calls for his extradition have soured relations with the U.S. in recent years.

The bedrocks of democracy — free speech and a free press — are in danger in Turkey. Media freedom has steadily deteriorated since 2010, and has dropped drastically since 2016.

It’s no wonder that things came to a head in July 2016, when a faction of the Turkish military attempted a coup in major cities like Ankara and Istanbul. The military leaders of the failed coup left Turkey in an ongoing state of emergency with a shaky military. This has had significant consequences for the region,  because Turkey is an important geopolitical location that connects the West and the Middle East, both historically and in modern times. It serves as gatekeeper to the European Union, helping filter the enormous number of refugees fleeing Syria. Its relations with the EU have soured over arguments about Turkey’s EU membership bid, with Turkey threatening to open the borders and let refugees across.

This makes Turkey a significant player in the Syrian Civil War. Turkey has provided humanitarian relief to fleeing Syrians and now hosts the largest number of refugees in the world. It opposes Syrian President Bashar al-Assad’s government and has supported the rebels in fighting against Assad.

Faced by challenges on all fronts, including the long-standing problem of Kurdish rebels in the country, Turkey is in a tough spot. But if its foundations of democracy have been established strongly enough, it should be able to pull through this period of turmoil and stand upright again.

But questions remain. Will Turkey succumb to the same issues that other Muslim countries face in the Middle East? Is it truly possible for Islamic values and fundamental democratic principles to be followed side by side? Or will the Middle Eastern countries develop their own style of governance? Only time will tell.