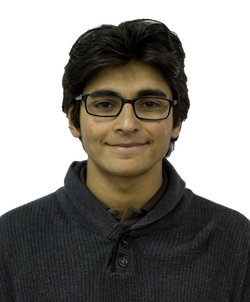 Bringing back conscription would restrain social inequality and military recklessness

In today’s political climate, there are few opinions that 85 percent of Americans share. Revulsion towards a military draft is a rare consensus.

Conscription is branded in the American conscience as an unfair, unwise and undemocratic practice, largely due to the events of the 1960s, when conscription was the focal point of student demonstrations against the Vietnam War. The draft evokes the disastrous foreign policy and domestic unrest of that tumultuous era.

Young Americans believed themselves victorious when President Nixon’s Defense Department announced an end to conscription in 1973. The move was in fact a blow to democratic culture. America lost a cornerstone of its republic, a powerful force for government accountability and social equality. Warfare hasn’t been the same since.

Today, the burden of defense falls upon volunteers. These patriots disproportionately hail from regions of strong military culture, like the Deep South. To make up for enlistment shortages, recruiters target students from low-income families in inner-city schools who have few other options to improve their lives. Airstrikes in Syria and troop surges in Iraq are of peripheral importance to most other civilians.

When the draft still existed, the burden of military service was more equally shared. Because every 18 to 25-year-old male had an equal chance of being sent overseas, young men and their loved ones all had a personal stake in America’s military escapades. News anchors reported every declassified tactical maneuver. Music and film amplified cultural awareness of warfare. Victories were celebrated, and defeats mourned. Americans were immersed in war.

This is a key aspect of the ethos our country is founded upon — government by and for the people. In a liberal democracy, military action is a costly yet necessary evil to protect the basic liberties of life. As we all reap its benefits, should we not all bear its costs?

Though we’ve frequently been in military conflict since the ‘70s, our country has not, since Vietnam, truly experienced war.

Outside the philosophical considerations, widespread awareness of war kept hawkish politicians and the military-industrial complex on a leash. A foolhardy overstep abroad would meet powerful and public backlash.

Vietnam and Iraq were equally prolonged and unpopular conflicts, but only one was met with intense media scrutiny and massive student demonstrations. The other was reduced to a partisan talking-point, on par with issues like the national debt and abortion in America’s political dichotomy.

This dichotomy is also relevant to conscription. In the past 20 years, technology has made the world seem smaller through making it more reachable while at the same time dividing our country further. The United States has culturally regressed into a set of echo chambers. What were once fundamental American values, like respect for the presidency and hatred for foreign dictators, are now dependent upon labels like race, geography and income.

A correctly-implemented draft would be blind to such identities. Young Americans from all walks of life would be exposed to one another and form lifelong bonds over the trials of military training.

One of the most reviled aspects of the Vietnam draft was the end of student deferments. University students chosen by the draft lottery were forced to delay their academic and career ambitions until their service came to an end.

But this was in fact one of the finest features of the draft. Many college students are on track for career success, and accept at face value the principles of a liberal arts education. They will rarely encounter how the other half lives. Being drafted is a true kick out of the bubble.

Our country is in sore need of unity, social equality and healthy civic involvement. Reinstating the draft would be one step in the right direction.
Written by: Sid Bagga — sidobagga@gmail.com