The Resurgence of Orwell’s 1984 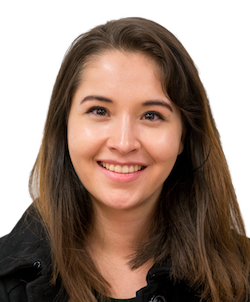 Kellyanne Conway, one of President Donald Trump’s chief advisors, went on NBC’s “Meet the Press” just two days after the inauguration to give an interview. When reporter Chuck Todd asked about White House Press Secretary Sean Spicer’s false claim about Trump attracting the “largest audience ever to witness an inauguration,” Conway first tried to deflect the question. But Todd pressed for a response, saying that Spicer providing a “provable falsehood” in his first statement to the press corps “undermines the credibility of the entire White House Press Office on day one.” Conway went on to say that the press secretary simply gave “alternative facts.” Todd responded, “Alternative facts aren’t facts, they are falsehoods.”

The phrase “alternative facts” immediately went viral, and many were quick to point out that it resembles the term “doublespeak” from George Orwell’s dystopian novel 1984. Amazon sold out of the book shortly after it rose to the top of its bestseller list. Although Conway’s interview helped accelerate sales of 1984, the book had already sold 47,000 print copies since Trump’s election in November.

In 1984, “doublespeak” describes reality control by the government. More precisely, it’s deliberately euphemistic or obscure language meant to reverse the meaning of words.The novel depicts a totalitarian regime that criminalizes individuality and independent thinking as “thoughtcrime,” which the government suppresses through the “Thought Police” — a branch of the government that “told you to reject the evidence of your eyes and ears.”

Written in 1949, the novel was Orwell’s prophetic vision for the following 36 years. Its conception seemed largely rooted in political cynicism, but in retrospect, it was a warning. It seems especially timely in 2017 America with Donald Trump at the country’s helm. The President is our modern Big Brother, though Trump is more real than Orwell’s symbolic figurehead.

“We must defeat Islamic terrorism [and] have surveillance, including a watchlist, to protect America,” Trump tweeted on Nov. 20, 2015. Surveillance, of course, was one of the structures that 1984’s regime imposed upon its citizens. Trump’s tweet refers to a Muslim registry, which he promoted during his campaign. Despite his stated intention to eradicate terrorism, the implications of such a registry would create scapegoats out of peaceful Muslim citizens.

More recently, Trump tweeted, “Any negative polls are fake news, just like the CNN, ABC, NBC polls in the election. Sorry, people want border security and extreme vetting.” Here, he inverts the meaning of “fake news” (another circulating term) to falsely equate “negative” with “fake.” This empowers the President to discredit a fact if he does not like it. Not only that, the meaning of “fake news” is compromised, as it was previously used to berate false reports and is now used to reprimand public opinion. This is dangerous, and it undermines democracy. If 1984 is the gospel depiction of a First World totalitarian regime, the United States is not far off.

Most importantly, the novel’s comeback reminds us that art is a valuable and necessary form of protest. The novel ends with the line, “He had won the victory over himself. He loved Big Brother.” While this seems to suggest succumbing to the oppressive regime, the novel also reminds us that surveillance of thought is impossible and that in this way we preserve history and keep it from being appropriated or rewritten. The novel says that anyone who can control the past can also control the future — and that he who controls the present controls the past. Accordingly, we must not let the President’s account of objective facts become truth.
Written by: Jazmin Garcia — msjgarcia@ucdavis.edu