The Aggie asked students about their on-campus sports teams

UC Davis is often regarded as a prestigious research university that puts a large focus on the academic success of its population, but a completely different facet is its athletic prowess as a NCAA Division I competitor. With over twenty teams participating in the Big West Conference, The Aggie asked how interested UC Davis students are in the university’s sports programs and what could be done to promote their participation in attending sporting events. 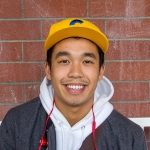 I haven’t attended this year but I used to work with the football team last year so I attended all those games. I went to the ESPN game for basketball last year too. I haven’t [gone] this year, I’ve been busy. I would say [giveaways and events] are enticing to attend more games, but I feel like if we had a bigger sports program in general, that would bring a lot more people in. If we keep on getting better, I’m sure more people would attend. Hopefully in the next year or two, attendance will be really good.

I’m a huge sports fan. I really love soccer and went to all the games this year, and a couple other games too. It was a lot of fun and we have great teams. I feel a lot of Aggie pride when I go. 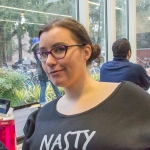 I don’t attend mostly because I need to study. I’m an older student, so I don’t care about giveaways. If I want something I’ll just buy it. I don’t really know if there’s anything that would make me attend. Actually, I was going to go to a football game last year, but it was so hot outside. And I was thinking, do I want to do that or do I want to get a margarita? If you’re going to do giveaways give something relevant to [the atmosphere] of the game. So for that football game I would’ve wanted a little fan or something. 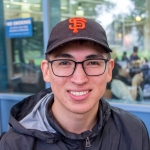 I’m aware of the sports on campus, I go to [a game] like once a year. It’s just time constraints that keep me from going. 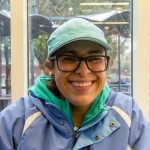 I know about them but I don’t watch them. I love baseball. I would attend more if school somehow magically stopped! It’s just studying and projects, and making sure I do that before I go out to a game.

Today we are going to the basketball game! We are [studying abroad] here, and I’m really interested in learning how to participate more, and where to go to find out more about the teams.
Written by: Alex Arechiga — sports@theaggie.org