Why science fiction is the genre of the 21st century 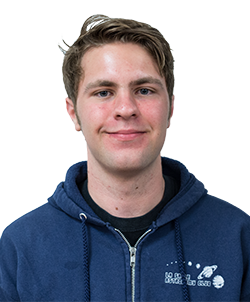 It’s inarguable that science fiction is one of the most dominant genres of our time. Though it has been popular throughout the last 50 years, it hasn’t had as great of an influence on culture as it has today, and though this can be traced back to the development of special effects technology, it’s in large part due to the current moment we live in. Though sci-fi can be brushed aside as fantastical, I feel it represents the cultural moment of the 21st century better than any other genre, and that its influence will only continue to grow as we live in this ever-complicating world.

The definition of science fiction can be a little slippery, but I’ll define it as a form of fiction involving advanced technology or different worlds that has a more futuristic vibe, as opposed to fantasy, which generally has more elements like dragons and magic and bases itself on the medieval past. This makes Marvel movies science fiction, but not Harry Potter movies. The definition also excludes historical dramas about space like Apollo 13. The three operate in similar realms, but I’d like to focus purely on science fiction.

Science fiction has historically been a beloved genre, but not always an accepted one. It has its origins in pulp fiction from the turn of the century, and even after years of development and proliferation, it still carried that stigma. It was a genre that many thought was mainly for nerds, or one that was largely brushed aside when considering high art of the time period. People still flocked to science fiction movies and TV shows like Star Wars, the Batman franchise and Star Trek, but at no point did it take over the market in the way it has in the new millennium.

Science fiction has exploded since the year 2000 and particularly in the last ten years. According to filmsite.org, 11 of the 20 top domestic grossing movies of the 2010s were science fiction, with a sci-fi movie being the top grossing film four out of the last five years. And in the past two decades, there have been 21 top-grossing sci-fi movies, compared with 24 from every other decade combined.

This has also been reflected in the Academy Awards. Before 2009, the only two sci-fi movies ever nominated for Best Picture were E.T. and Star Wars, neither of which won. Since then, there have been six, though none of them have won either. Part of this is due to the Oscars expanding the number of Best Picture nominees, but it also reflects the growing impact of science fiction on the film market and a growing acceptance in the art world and popular culture.

One thing is clear, however, and that’s that in the 21st century, science fiction sells and it’s more popular and more accepted than ever.

A lot of this has to do with advances in special effects that allow new worlds and technologies to come to life in ways previously not possible on screen. It also can be linked to the franchising of Star Wars, Marvel and DC because of the loyal fanbases these series have built. At the same time, it’s not an accident that the rise of science fiction has coincided with the developments of the modern world, and it’s more reflective of our time than any other genre.

Science fiction as a genre has a history of representing the unrepresentable. It’s no secret that the original Godzilla is a metaphor for the atomic bomb, and that all the alien invasion movies in the 50s and 60s were allegories for a Soviet invasion and nuclear war. Part of what sci-fi does is take modern trends and ask, “what’s next?” The genre tries to contextualize these issues in some fictional future or far-off planet to tell us something about our present.

We live in a world marked by rapid changes in technology, climate and society. Less than 10 years ago, the iPhone was the latest and greatest innovation the world had to offer, and now it’s on its eighth iteration, and it’s less common not to have one. Sea ice is melting at rapid rates, and yet the world’s response is stagnant because the change happens too slowly to be seen and felt on an everyday basis. The social and economic conventions that have reigned supreme since the end of World War II are starting to look more and more fragile with the rise of the far right in 2016.

None of these changes are minor, and it’s because of the almost incomprehensible vastness of their impacts that we need a medium to process them through. Science fiction offers this medium and allows us to better process the world around us instead of confronting these heavy, complex issues head-on. And as the world grows more rapid and complicated, sci-fi’s role will only increase.

“I feel like if you’re going to write realism about our time, science fiction is simply the best genre to do it in,” said renowned sci-fi novelist Kim Stanley Robinson in an interview with The Guardian. “This is because we’re living in a big science fiction novel now that we all co-write together.”
Written by: Noah Pflueger-Peters — napfluegerpeters@ucdavis.edu

Artificial intelligence is the future, but is it a threat to education?

Studying local flora can strengthen your connection to Davis

A guide to Pakistani food