Show Review: deadmau5 ‘lots of shows in a row’ 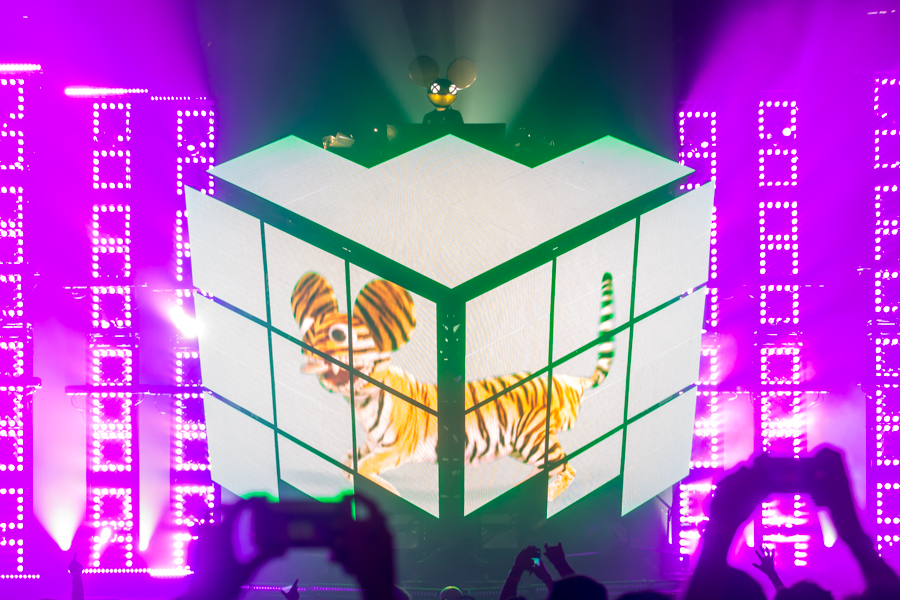 Canadian-based producer plays three ‘shows in a row’ in Oakland

Opening act, Feed Me, started off the night with a bass-heavy set as fans filled with Fox Theater complete with their homemade mau5heads and various deadmau5 merchandise. As Feed Me’s set came to end, a shadowy cube appeared behind a curtain, complete with mouse ears at the very top. When the curtain dropped, deadmau5 appeared at the very top of “Cube 2.1,” which basically was a glorified, monstrous production booth in the shape of a cube, complete with visuals. 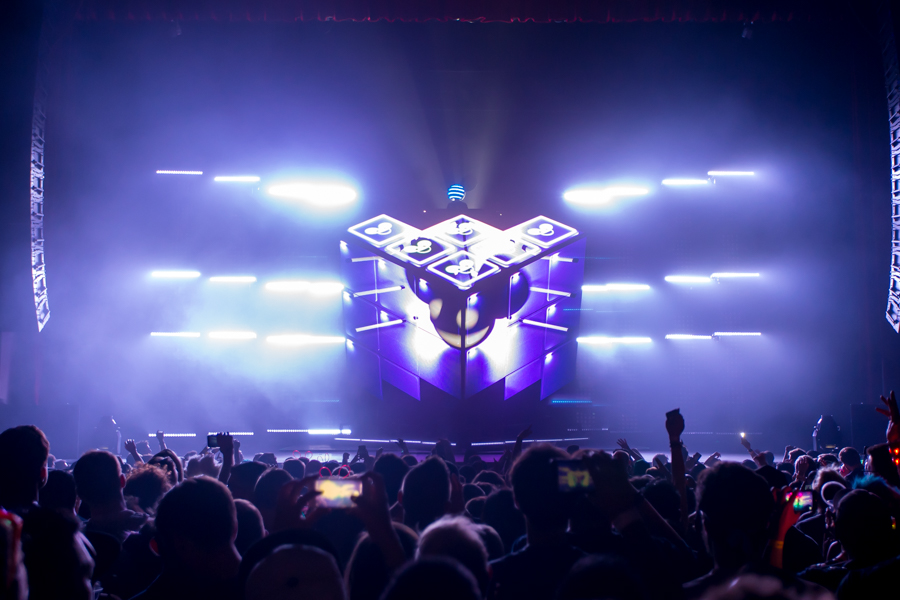 “Cube 2.1” is a striking example of how successful producers integrate the stage scenery with their music as many producers forgo the idea of having visuals to complement their set. As Zimmerman played throughout the night, 3D landscape simulations, mau5-creatures and even a game of Rocket League appeared on the cube. Even his signature mau5head came complete with its own visuals as it synced well with the music throughout various parts of the show.

The two hour production came with music off his new album, “W:/2016ALBUM/” with tracks, such as “Let Go (feat. Grabbitz)” and “Whelk Then.” Zimmerman’s classic tunes were also played, such as the infamous “Ghosts ‘n’ Stuff,” “The Veldt” and “Strobe.” Midway through the production, the mau5 decided to drop some 90s hip-hop, which seemed strange for a deadmau5 set, but ultimately showed his wide range and depth as a producer. The crowd seemed to enjoy it as well.

The show closed with deadmau5 jokingly stating that he needed an iPod connector to make the encore work. He played Noisia’s remix of Raise Your Weapon, which garnered much delight from the crowd. Complete with visuals and ‘mau5’ music, ‘lots of shows in a row’ did not fail to disappoint.