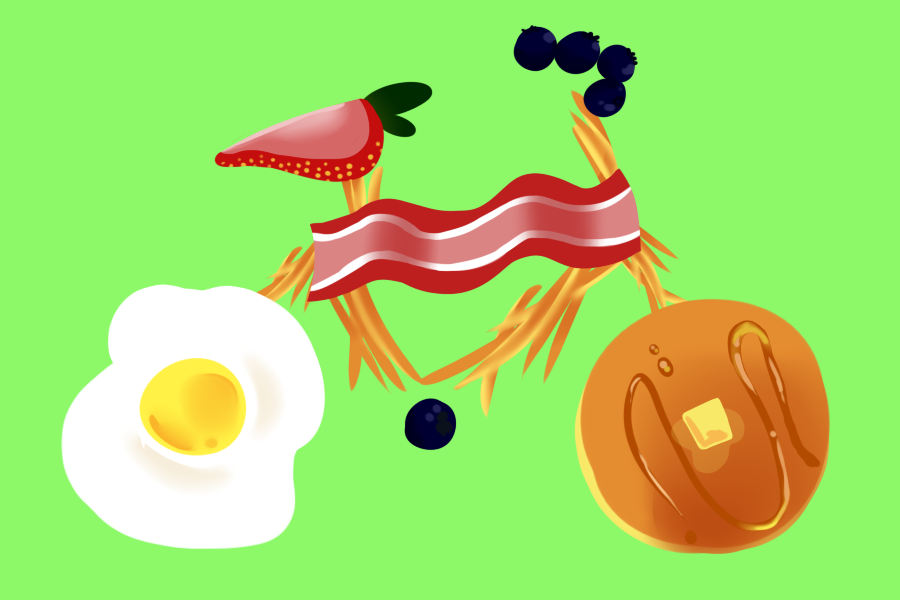 As the City of Davis celebrates National Bike Month, events like the Bike Breakfast, hosted by Bike Davis, not only reflect the city’s deep-rooted love for everything bike-related, but they also work to bring the community together.

The Bike Breakfast included free breakfast for bike riders on the levee traveling between Sacramento and Davis on May 19 from 7 to 9 a.m. Bike Davis is a nonprofit group dedicated to promoting cycling in Davis.

“A small but dedicated group of individuals commute regularly by bicycle from Davis to Sacramento, and a few from Sacramento to Davis,” said Trish Price, the president of Bike Davis. “Bike Davis supports active transportation, so supporting the bicycle commuters is an obvious action.”

Bike Davis hopes that as many of these individuals as possible will commute without single-occupancy vehicles.

“[We work] to right the wrongs and celebrate the rights of cyclists,” said Darell Dickey, the Davis Bike Club liaison and a member on the Bike Davis board of directors. “Offering breakfast on the levee is definitely a way to celebrate the right. It shows bicycle commuters that we care about them. An event like this shows appreciation for those who choose to use healthier transportation.”

The members of Bike Davis are thrilled to be a part of the celebration of National Bike Month.

Lorretta Moore, the Safe Routes to School Program coordinator for the City of Davis, oversees a program for students grades K-6.

“I do work with Bike Davis for my program, and they are tremendously supportive in our bike education and trip-scanning programs,” Moore said. “It is great to have the support of advocacy groups […]  throughout the year.”

Some events being hosted through May 26 included a free screening of Bikes vs. Cars at the U.S. Bicycling Hall of Fame on Tuesday, May 23 from 6 to 8 p.m. Bike Davis also sponsored a Kidical Mass Bike Ride from North Elementary School to Picnic in the Park at the farmers’ market at Central Park, which took place on Wednesday, May 24.