Double Take: Are we in a world where GMOs need to stay? 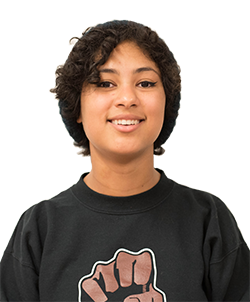 Genetically modified organisms need to remain a part of the multiple food systems they already inhabit simply because, without them, the already-deplorable state of food insecurity will worsen. The advent of this new technology has made food production exponentially easier, safer and cheaper. It has saved the livelihoods of countless organic and conventional farmers on whom we rely to produce our daily meals by providing them with disease and pesticide-resistant crops. GMOs are simply the beautiful products of either genetic engineering or the modification of agricultural products to replace unwanted or harmful traits with more useful ones.

GMOs solve one of the most persistent problems in farming by controlling diseased crops.

“When nothing seems to be working, you have to think of alternate solutions,” said Professor Dennis Gonsalves, a plant pathologist at Cornell, when he was modifying the rainbow papaya to be resistant against the ringspot that nearly drove the species extinct.

The papaya industry is now booming and Hawai’ians are reaping economic benefits. None of this, including the products you consume containing papaya, would be possible without GMOs. In another case, GMO technology played a vital role in eradicating the gene causing wilt rot in bananas on a sustenance farm in Ghana. By collaborating with scientists to genetically modify the bananas to resist wilt rot, the family was able to combat severe food insecurity that would have otherwise persisted on their farm and throughout the country.

GMOs are not limited just to food, and their benefits extend beyond agriculture to industries such as medicine and environmental management. A common misconception about GMOs is that they have adverse health risks, when in reality they are the reason diabetics who need insulin — a GMO — are able to live healthy, comfortable lifestyles. If you believe in the validity of science, you should also believe in the validity of its most recent revolutionary technology: the GMO.

We also have to be responsible about the way we discuss GMOs. Negative effects of confirmation bias and vilification of GMOs perpetuated in Western media have already spread misinformation worldwide. Just as America’s political actions have severe global consequences, so do its scientific communications. 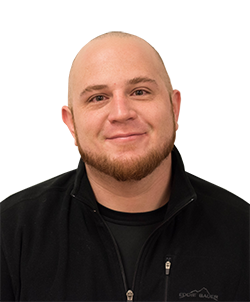 What do we really know about genetically engineered food? Not as much as we should, according to leading scientists. This uncertainty doesn’t mean we should get rid of them entirely. However, we also shouldn’t be so dependent on something that we don’t yet fully understand.

High-fructose corn syrup, chemical-resistant apples and insect-resistant vegetables are among the genetically modified organisms that prompt us to question what’s really going inside our bodies. According to recent research, there are certain genetic compounds and antibiotics found in most genetically engineered foods that are harmful to our digestive system because our bodies cannot yet identify and digest them.

Additionally, most Americans don’t even know what a GMO is. Until we know whether GMOs are something we should avoid putting in our bodies, I think we can agree that regulating GMOs in a more ethical way would better serve the longevity of our health. After all, we’re not yet sure whether GMOs will kill us along with all the Bisphenol A and other chemicals found in just about everything. Less regulation and dependence on GMOs can ensure the American people that what they’re eating “might” not kill them instead of “will definitely” kill them.

Think about it: Is corn that’s genetically altered to excrete a toxin that kills all insects that touch it really healthy for humans? Last time I checked, we’re also living organisms that feed off these genetically modified crops. At least the bugs suffer a quick and painless death — something I can’t say humans will experience 40 to 50 years down the road.

There’s enough evidence to support both sides in the GMO debate. Regardless of the answers, I implore people who are generally concerned about this issue to seek out solid, research-based findings that were not conducted by scientists working for Monsanto. Challenge the status quo of our agricultural system, even if rooting out all GMOs is impossible.

When I go shopping these days, I’m not looking for fat-free yogurt or sugar-free ice cream (which is a felony), nor am I looking for something with an organic label. Rather, I’m looking for one little critter that’s tucked away on the corner of nearly every food item I buy: that sweet, tender little butterfly that indicates “non-GMO.”

That, in the end, has me sleeping better at night.