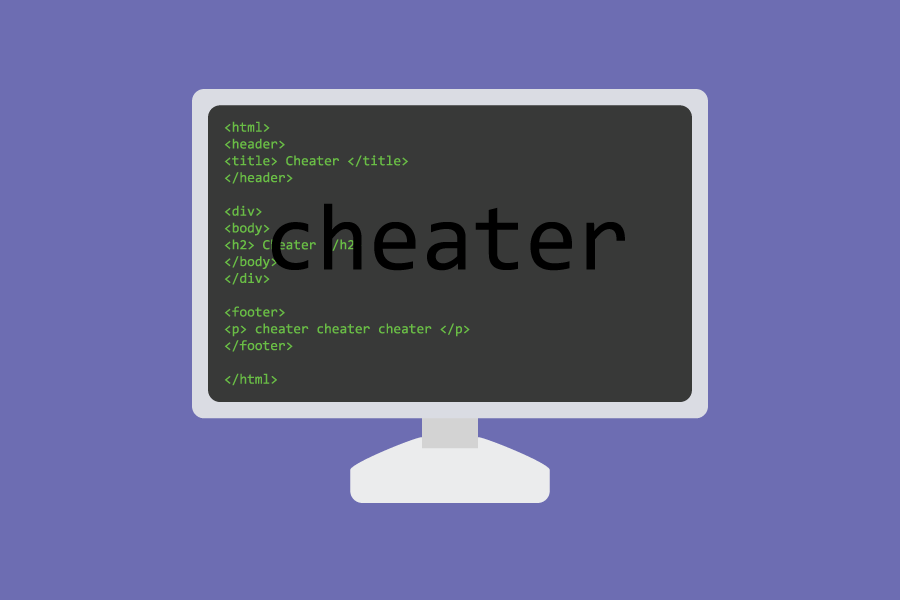 There has been a remarkable surge in attraction toward the computer science (CS) major over recent years, and computer science courses have gained an immense amount of popularity among students at UC Davis. Unfortunately, accompanying this increased interest is a dramatic increase in the number of students being referred to Student Judicial Affairs (SJA), the department at UC Davis that deals with academic dishonesty and plagiarism.

“I have noticed more incidents of student plagiarism on homework assignments, but not on exams,” said Vladimir Filkov, a UC Davis computer science professor. “It is difficult to say if this indicates a changing attitude among the students though, as the increase in SJA referrals is tracking the growth in CS student population.  Our classes have been growing in size by leaps and bounds over the past 3-4 years, ultimately doubling the size of our undergraduate majors.”

Plagiarism lurks behind a non-traditional mask in this new wave of SJA referrals in the Computer Science Department. Code, the language of computer scientists, can be effortlessly copied and pasted from the internet or from one student’s program to another.

“We try to be as clear as possible as to what “cheating” means, but within a community in which code sharing is part of the culture, the concept of plagiarism and code sharing might be difficult to understand,” said Patrice Koehl, a UC Davis computer science professor. “The key is to understand that we do not try to catch situations of cheating for the sake of finding them. Our interest is to train students enrolled in computer science to be proficient computer scientists, meaning that they master the languages used in CS and they are able to use them efficiently and adequately.”

Still, there has been a growing consensus in the student community that the Computer Science Department has gone too far in trying to bring justice to academic dishonesty, often dragging innocent students in as collateral damage.

“Teachers are doing a ‘refer first, think later’ policy and one-third to one-half of classes are getting sent,” an anonymous CS student said.

One professor has even established the notorious “Butcher Bill,” a list of the number of people this particular professor has been sending to SJA in the recent years. He frequently shares these lists with students to warn them about the perils of cheating.

Another CS student, who also wishes to remain anonymous, recounted his anxiety-inducing experience with SJA.

“Toward the end of the quarter, I received a very unpleasant surprise: an email from SJA, telling me that I had been accused of cheating on an assignment from a few weeks prior,” the student said.  “I had absolutely no idea what this referred to, and my academic record up until then was spotless, so I walked into the initial meeting with the judicial officer with a great deal of confusion […] I was upset, but confident that I would prevail; after all, I knew I was innocent, and the question I was accused of copying was so short that he couldn’t possibly find any reasonable cause to find me guilty.”

Much to the student’s dismay, the matter was not resolved easily.  After the meeting with the judicial officer, the student’s professor pursued the issue further and the student was subjected to the ordeal of a hearing, in which he was given a guilty verdict. Unwavering in his innocence, he immediately appealed this decision and the university administration finally agreed to overturn the original verdict.

Many other CS students have undergone similar experiences, varying in degrees of seriousness. Consequences have ranged from a warning to a permanently tainted academic record.

The climate of the CS department is one of tension and paranoia, hardly fit for learning the difficult and time-consuming language of coding.

There has also been speculation about some CS professors making inappropriate remarks about students and racially profiling in an attempt to catch cheaters.

“There are a few particular professors who’ve made comments about ‘internationals, Asians, students bad at English, etc’ being the most likeliest to cheat, and assigning their TAs to profile them,” said an anonymous CS student.

Reddit forums have also popped up within the last few months, showing concern over the mass amount of referrals and warning those considering studying CS at UC Davis of the risky present conditions.

It is important to note, however, that UC Davis is not alone in this dilemma of overwhelming academic dishonesty complaints in the CS department.  UC Berkeley, Harvard, MIT and Stanford are just some of the other schools that have experienced similar problems, making this a nationwide issue that begs resolve.

Fear of being accused of cheating also discourages teamwork, which is vital in this field.

“I think that’s really detrimental to the program and it’s a huge shame because working in teams like that is really important for CS majors, both as experience for working in industry and also just to learn different viewpoints and see other ways to work out a problem,” said Matthew Benitez, a current UC Davis CS student.  “Conversation and brainstorming is really important, and I think that currently the state of things is skewed too far towards paranoia.”