The role of school boards in helping disadvantaged students 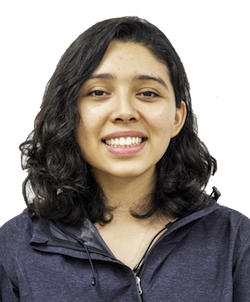 As a first-year student about 10 years ago, Micah Grant sat in the front row of Kleiber Hall during his statistics class. His professor came in sick one day and asked the class if they needed to go over the lesson on rudimentary statistics. If the students felt they did not need to review the material, they could get up and leave. The lesson was from a ninth-grade level, but it was the first time Grant and other minority students had seen it. Everyone behind them walked out, and, as they were about to do the same, their professor stopped them and gave them their first lesson on rudimentary statistics. The material being new to the minority students in Grant’s class illustrates the differences in the type of education that students in the class received and speaks to larger disparities within schools across California.

Location can also be a factor in such disparities. Grant grew up in the inner city of Los Angeles and faced notable hardships. He remembers that his family could not afford after-school programs or babysitting, so he would go to work with his mom. He would also have to be careful going to school because of the gangs that surrounded his neighborhood. Despite these sources of suffering, Grant still managed to get into the Gifted and Talented Education (GATE) program. He recalls being misplaced, put in a regular classroom; he noticed the differences between that atmosphere and his usual GATE classrooms. The teacher, Grant said, was not as engaged, classrooms were overcrowded and the teaching was largely left to the students.

“The quality was different,” Grant said. “There was no interest from the teachers, no experience and low engagement from them.”

One report from the Public Policy Institute of California in 2000 found that one of the biggest factors associated with student achievement was the level of teacher experience. Disadvantaged areas, filled with minorities, had more teachers with less experience. Disadvantaged schools had “less educated and less highly experienced teachers,” which the study said led to “fewer advanced classes” offered in high school, which are often used to prepare students for college.

The same study emphasizes that inequality is based on different “level[s] of resources that California’s schools receive.” Again, causes of variation are teacher preparation, which is positively linked to experience, and curriculum, like college-ready courses. The study also shows how one of the biggest factors, socioeconomic status, comes into play in shaping the “levels of resources.” Such variations are key factors in educational disparities across schools in California.

Grant has done his part in education as the communications press secretary for the Board of Equalization, where he focuses on taxpayer education. He also serves as the vice-chair of California Black Media, a statewide information and education network that reaches over 1.5 million people. Additionally, Grant worked in the State Legislature consulting with the former vice-chair and current Senate Education Committee member Bob Huff, promoting policies and reforms that help ensure every child receives a stellar education, as illustrated by Grant’s website.

Grant is trying to address the problems of inequality he sees in the schools within the Natomas School District, including over eight elementary schools, three middle schools and three high schools. During his campaign for school board member of the Natomas School District, he knocked on over 8,000 doors, having realized that many people were unaware of the local governmental roles that regulate the schools. Grant says some parents don’t know what their rights are, what they have access to or who represents them.

According to Grant, parents have the right to petition, the right to complain and “the right in California to send their kids to the school that is going to help them receive the best education.” His first mission as a school board member is to advocate for and spread awareness about parental rights.

“Students should not be trapped in an environment based on their zip codes,” Grant added, as another example of parental rights. But even when there is a movement of students from one school to another, Grant also points to the problem of vouchers. According to Ballotpedia.org, critics contend that voucher programs divert funds from traditional public schools, thereby generating unequal outcomes for students. School choice programs improve educational outcomes by expanding opportunity and access for historically disadvantaged students, as well as by empowering parents.

Grant has not found vouchers to be a negative thing. Kids should not be subject to “a bad situation because [of being] afraid to send money somewhere else.” Students should have the right to go to any school they want, and “school by zip code” should not be a regulator. Grant says that vouchers and grants play a similar role, but the difference is the leniency that grants have in comparison to vouchers. Creating the same leniency for vouchers could increase opportunity for students and allow parents to have more freedom and choice when it comes to their children’s education.

Grants are available to students of every age, from preschool to college, one of which is the Cal Grant. Students can be given a $5,000 Cal Grant, and the state will not limit them to attending certain schools. The Cal Grant can be used for the school of the student’s choice, even with preschool grants. In terms of grants, there is a preschool program and a college program, but little in between. As a board member, Grant’s focus is “to make sure that there is equality of opportunity.”

In 2013, Governor Jerry Brown of California passed the Local Control Funding Formula (LCFF), a funding system which creates funding targets based on student characteristics and provides greater flexibility to use funds in order to improve student outcomes. The California Department of Education said that the LCFF replaced a 40-year-old finance system for K-12 schools. The legislation has fundamentally changed how local education agencies in the state of California are funded. According to Grant, the state is doing something right; the LCFF allows California to “send money to districts that are more impoverished, low-performing and need help.”

Although LCFF is a step forward, there still need to be more policy changes. Tenure, a form of job protection that keeps teachers from being fired for personal, political or experiential reasons, prevents more experienced teachers from being fired in favor of newer, less expensive teachers. But some parents and people like Grant argue that protective tenure also makes it harder to remove poorly performing teachers and “that it is granted too quickly, after two years.”

The most significant aspect which needs to change in order to minimize educational disparities, Grant said, is education policy. With Prop 98, California has a $1 billion budget, and spends 40 percent of the general fund on education.

“[California] spends the most on public education, and we get the least results,” Grant said. Disparities among minorities, teacher experience, college-ready courses and other policy problems all affect student performance.

Grant’s personal experience at UC Davis sheds light on the differences in students’ level of college preparation. Grant hopes to create equal opportunities for students in the Natomas School District but wants students to know a lesson he learned from his father: “Government cannot tell you what you are worth. [… You] have to assign value to yourself.”