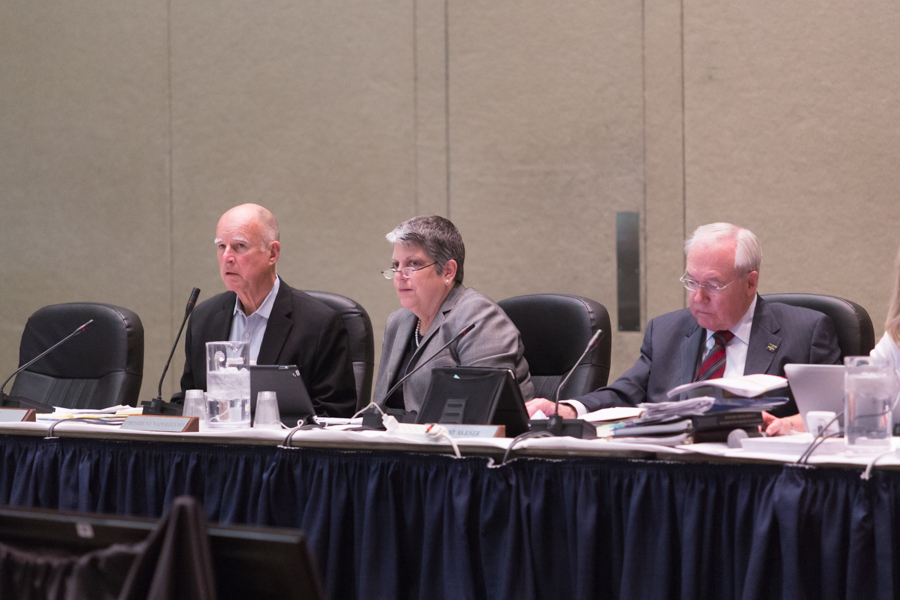 On Sept. 8, the UC Office of the President announced in a press release that the University of California has filed a lawsuit against President Trump and his administration over the executive decision to end the Deferred Action for Childhood Arrivals (DACA) program.

“The Trump administration […] wrongly and unconstitutionally violat[ed] the rights of the University and its students by rescinding the Deferred Action for Childhood Arrivals (DACA) program on ‘nothing more than unreasoned executive whim,’” the press release reads. “As today’s legal action demonstrates, UC continues to take a leadership role in protecting its DACA and other undocumented students. The university is committed to using all available resources to support the thousands of Dreamers who are currently enrolled at UC campuses, as well as other undocumented students.”

According to the press release, the UC system is the first university system to file a

Since it was instituted in 2012, DACA has allowed nearly 800,000 young people to remain in the U.S. after being brought into the country under illegal circumstances.

“Neither I, nor the University of California, take the step of suing the federal government lightly, especially not the very agency that I led,” Napolitano stated in the press release. “It is imperative, however, that we stand up for these vital members of the UC community. They represent the best of who we are — hard working, resilient and motivated high achievers. To arbitrarily and capriciously end the DACA program, which benefits our country as a whole, is not only unlawful, it is contrary to our national values and bad policy.”

According to The New York Times, the lawsuit claims that the Trump administration violates the “constitutional due process rights of DACA enrollees.”

Gavin Newsom, California’s lieutenant governor as well as a UC regent, offered his support of the UC lawsuit via an official statement.

“I support this lawsuit on legal, moral, and economic grounds,” Newsom stated. “President Trump has arbitrarily and unlawfully manufactured a crisis in the lives of fellow Californians. The U.C.’s DREAMers and its staff are integral to the academic and intellectual fabric of our campuses, and it is paramount that the University protects the future workforce and families of California.”

According to the press release, over 4,000 students currently enrolled in the UC system are DACA recipients.