Can Religion Be Replaced?: What can overcome the secular dismantling of community? 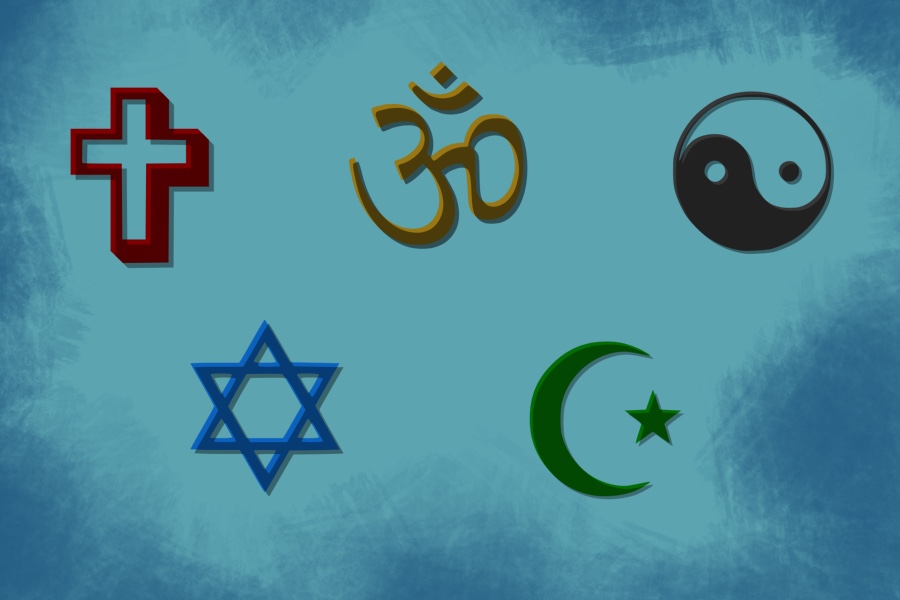 Hobby, political groups seem a lousy replacement. Or are they?

Of all the intellectual topics thrown around the dinner table or coffee shop, religion is one of the most compelling. Everyone speaks political language these days, and there’s nothing more cliche than opening a conversation — or a column — with a snark on Trump himself. Oh, it’s funny, to be sure, especially because I do a fair bit of it myself. But still.

A conversation about religion, on the other hand, is just more interesting than regurgitated political talking points. Religion packs a lot of stuff in a ginormous box — there are texts to interpret, deities to worship, ceremonies to endure and sermons to hear (or sleep through, depending on the speaker’s drawl or intonation).

About 84 percent of the world’s population holds some sort of religious affiliation, according to a 2012 study from Pew Research Center. Religion is therefore central to many cultures and nations. It can be an impetus for warfare and tribalism, or a catalyst for charity and a certain amount of morality. Religion can also provide an acute sense of community.

Domestically, this past decade has seen Americans leave organized religion in droves. While the number of Americans calling themselves religious has been steadily declining since the 1970s, the lack of religious beliefs in younger generations has reached epic proportions. A third of Millennials are religiously unaffiliated, and a quarter say they are “nothing in particular.”

In short, American society is less religious today than at any point in modern history. At first glance, we could congratulate this development. Reducing the influence of religion on decision-making has generally allowed for a more open-minded approach to contemporary issues — think of the recent successes of marriage equality.

But religion’s decline in America might have an unintentional side effect. This is a country where religion (namely Christianity) has generally provided a strong institutional backbone for community vibrancy — a place where people feel they belong. The Establishment Clause of the Constitution has played a supporting role, allowing diverse pockets of faith-based communities to thrive from the Deep South to Utah.

What happens when that social structure begins to crack, as indicated by the ever-growing number of religious dissenters?

In other words, what can replace that sense of community shared by members of a religion?

As a nonreligious person, my business with religion is predicated on what I’m missing. Is there anything that can provide an equivalent dose of social companionship and existential comfort?

Hobby groups, you say. On campus there are clubs channeling an inner urge to fire fake weapons at other people — meaning there’s probably a hobby group for just about everyone on the planet. Yet it seems flawed to equate the passions of quirky hobbyists with the more transcendental connection that links those of a religious faith to one another.

Political groups and party affiliations, then? There’s nothing like a shared opinion on abortion to bring people together. The problem is, there’s also nothing to feel good about in politics, either. Political talk –– even within carefully crafted echo chambers — is hardly a place for eternal optimism. It’s too divisive.

There’s no denying how these options can bring satisfaction to an otherwise boring life. But they seem to fail where religion is strongest, in providing community-based comfort to people on an emotional or existential level rather than on a completely rational or interest-based one.

Or is this type of comfort even necessary? The rise of scientific enquiry has provided concrete answers to many of the same questions that generated ancient religious beliefs in the first place — Zeus is not the source of thunder and lightning, for example. Many people are unfazed by the thought of dying without an afterlife. To them, comfort through a religious community is unnecessary.

What do you think — can religion be replaced?