The scariest provision in the tax bill: Oil drilling in the Arctic National Wildlife Refuge

A 40-year debate comes to a close, but there’s still hope drilling will be stopped 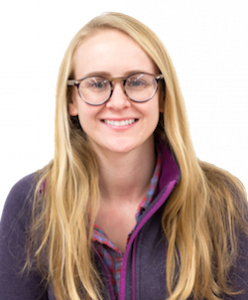 I wish I had a funny anecdote to make talking about oil drilling in the Arctic National Wildlife Refuge less depressing. I don’t.

The tax bill has been approved, along with one of the saddest provisions to affect the environment in recent years: authorization to lease sales of oil and and gas in the ANWR.

The ANWR is part of 19 million acres of federally protected wilderness — which happens to contain an estimated 11.8 billion barrels of oil.

It’s known as “America’s Serengeti” for its diversity of wildlife. It’s called the “Sacred Place Where Life Begins” by the native Gwich’in people.

It contains the largest designated wilderness within the National Wildlife Refuge System that remains “untrammeled by man.”

It’s “the only national conservation area where polar bears regularly den and the most consistently used polar bear land denning area in Alaska,” according to the U.S. Fish and Wildlife Service.

Oil drilling would invade the home of native animals and people and wreck the refuge’s pristine wilderness.

But those in favor of the provision are excited about the so-called benefits of oil drilling — $1 billion over the next 10 years — and claim that the drilling will be done responsibly.

I appreciate Murkowski’s statement — and I wish she could deliver on that promise. But there’s no way to “do it right.” The right thing to do is to stop development before it’s too late.

“Oil related activities such as seismic testing, aircraft and vehicle noise, or even the mere presence of humans nearby can drive mother polar bears away from their den and cubs,” Defenders of Wildlife said. “Drilling the Arctic Refuge could alter the annual path of the Porcupine caribou herd, one of the longest land mammal migrations in the world. The critical breeding grounds for migratory birds would be severely impacted, and could cause population-scale impacts for many species.”

The provision tacked to the tax bill ended a 40-year debate between politicians, oil companies, environmentalists and Alaska residents.

Environmentalists reasoned with the American people before. Republicans and Democrats came together to protect and conserve one of the last truly wild places in our country.

“The crush of news out of the Trump White House and the focus on other elements of the tax bill has deflected attention from the fact that the measure would open up the refuge,” said Carl Hulse, The New York Times’ Washington correspondent.

It’s important to know the risks that oil drilling poses to the ANWR. Knowing the risks means that we can discuss ways to prevent harmful degradation to American wilderness and unnecessary harm to already-threatened wildlife, like polar bears. We can speak to our representatives in office or find other ways to push back.

“It’s still an open question about whether drilling will ever happen there,” said Matt Lee-Ashley, a senior fellow at the Center for American Progress. “It’s hard to image that drilling will occur in the next 10 years — or ever.”