We found all the extinct animals, too 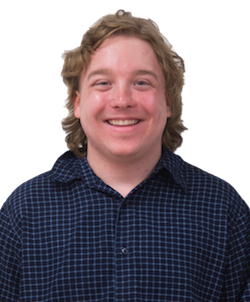 After the hardly surprising revelation that Hell’s fire is fueled by its vast underground oil reservoirs, the U.S. military has unrelatedly declared the area a possible terrorist hotspot and is set to invade next week. No demons have been spotted in the area, although it is full of animals that are extinct on Earth.

“It’s very strange,” said Gordon Freeman, a scientist who works for the World Wildlife Foundation. “Seemingly all of the animals that have gone extinct due to human actions are alive and well here. We’re considering declaring Hell a sanctuary state for animals, but we’re having trouble getting it through Congress. They want to eradicate all life before making it our 51st state.”

While initially concerned that demonic presences would be a major problem to the oil rigs and workers, it’s no longer a problem since health care for those affected by demons has been eliminated in the recent tax bill. The money that would be going to workers is now being rerouted to oil rig executives to compensate them for losing employees to demons and to cover therapy costs.

“All this oil […] it looks more like heaven to me,” said President Donald Trump, who is eager to be the ruler of Hell. “You know what Hell really looks like? When Congress and the president are Democrats.”

The Trump Administration has finally decided to start building homes for the homeless now that they have more land to do it in. Soon Hell will be the 51st state and will be entirely filled with Section 8 housing and oil workers — at least until resorts can be built.

“When I’m done with this whole president thing,” Trump said, “I think I’m going to build another Trump Tower in Hell. Except this one is going to be a statue of me.”

“I don’t think you’re allowed to erect a statue of a giant dick though,” phallus expert Drew Hanson said.