Yes Means Yes: How the understanding of rape culture in Hollywood is influencing our daily lives

We should not pin blame solely on powerful men but also on the society that made them. 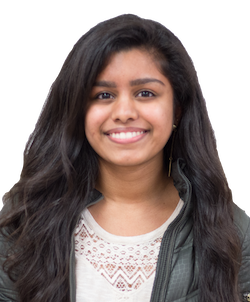 “It was 30 minutes of me getting up and moving and him following and sticking his fingers down my throat again. It was really repetitive. It felt like a […] game.” An anonymous woman openly spoke about her alleged negative sexual experiences with Aziz Ansari, the man who just won a Golden Globe for Best TV Actor. Ansari’s show “Master of None” ironically features an episode dedicated to condemning a character for sexually harassing women in the workplace. In the past few months, Hollywood has experienced a disturbingly massive awakening dedicated to opening the eyes of the public through the stories of women who have faced horrific, demeaning and sometimes violent encounters with specific men in the industry.

It started with Harvey Weinstein. Matt Lauer, Louis C.K., Kevin Spacey and countless other influential men have since fallen from their positions of power as men and women have steadily stepped into the open about their traumatizing experiences.

As I was following this movement, I have come upon several realizations. Many people around me seemed absolutely shocked that something like this could happen, when the reality is that incidents like these have been happening for decades without any acknowledgement. Simply because women are speaking up now does not mean that today’s society is significantly worse than it was 50 years ago — more women just feel empowered enough to fight against it. I’ve also noticed the tendency of our society to blame women for deciding to accuse the perpetrators of sexual harassment at this moment instead of years ago, at the time of the event.

In several circumstances, if many of these women had decided to speak up years ago against the behavior of a certain male director, producer, actor or any other man in a position of power for that matter, she would have been booted out of the industry and her career would have been over. This era of transparency reveals the disgusting behavior exhibited by innumerable men in their spheres of influence, and finally women have enough support to openly speak about what they’ve been through. The momentum of this movement is vital to sustaining it.

Now, let’s return to the issue of Aziz Ansari. I adored this man, and he’s someone who still deserves to be recognized for his efforts in starting conversations about difficult topics on his show and standing up for women to voice their experiences. However, he allegedly made a major mistake — one that essentially could have been recurring with several women in his life, and one that would boil down to society letting Aziz Ansari down just as much as it has let countless women down. It’s our responsibility as members of our community to contribute to a discourse that supports “yes means yes” over “no means no.” Enough with the victim-blaming and the questioning of validity. Enough with claiming that women are too sensitive and weak when it comes to harassment. Every woman who has had a painful, traumatic experience with sexual assault in her life must be incredibly strong and powerful to have dealt with that situation and worked to fight against it.

The demeaning misconduct and harassment in the industry doesn’t always come from deliberately malicious men — it comes from a carefully constructed system in which women have constantly been placed into roles they did not necessarily choose. A powerful article calls upon 25 female celebrities to speak about issues they’ve noticed, such as the lack of variation in female identities in movies, the heavy focus on a woman’s weight on screen, the wage gap and the lack of female directors.

The situation with Aziz Ansari highlights an important point for me. Rape culture does not have to depend solely on rapists jumping out of the bushes to assault women in the middle of the night. Rape culture is the discourse that we all feed into when we decide to comment on a girl’s appearance by calling her a slut, whore or just irresponsible for staying out late or dressing the way she chooses to. Rape culture is blaming the woman for not saying “no” to Ansari when she allegedly made it quite clear she was not interested in intercourse. It’s a common occurrence for many women — constantly fighting against the offenses of persistent men — and this is something that needs to change. (Of course, there are also situations in which this applies to non-female groups — take Kevin Spacey’s actions, for example. It’s a poison that needs to be eradicated absolutely everywhere.) Rape culture is insisting that aggressive sexual behavior is justified by the belief that the man thought it was consensual. The solution is simple — ask, and don’t assume. Hollywood has been ripped open from the inside out, and the toxicity of the industry is finally being exposed to the public.

But this still isn’t hitting home for many people.

In a recent survey, registered voters across the nation stated that 59 percent of people believed sexual harassment and misconduct was a significant issue in Hollywood, 43 percent believed it was a large problem in the federal government, but only 16 percent believed it was an issue in their workplaces. This belief displays the unwillingness of people to accept that these negative dynamics can be prevalent in their own lives and that something needs to be done against it locally. It’s essential that women speak out in this moment. This movement is vital in beginning to uproot the widespread toxic structures in our society today. It’s 2018, and we are finally working to make the world a better place for women, simply by hearing them out and treating them like the human beings with basic rights that they are.