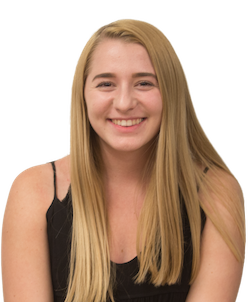 Oftentimes it’s easy to mistake one thing for another. Whether that thing be a word you misheard, an item you misplaced or a protest against rising tuition costs, we all inevitably have caught ourselves in one of those silly moments. Sometimes, one thing just sounds like another, and even though they have completely different meanings that don’t have any relevance or relation to another, the words happen to be homophones and we suddenly forget everything we learned in the second grade.

Recently, a beloved chancellor and all-around man who doesn’t usually make mistakes was caught in one of these wild situations, but we won’t give away who we’re talking about just yet.

If you’re curious who we may be referring to, it is in fact Gary May. Gary May made the honest error of confusing recent gatherings in Mrak Hall to protest tuition hikes with one giant tuition-themed hike — a humble mistake.

Sources say May could not tell that the protesters were not dressed up to go on a hike because everyone in Davis wears hiking boots and Patagonia all the time.

Additionally, May could not understand why all the students who were about to embark on the hike were so angry. However, he brushed it off because he figured it might have all just been in his head, justifying to himself that the students probably weren’t angry but were instead jazzed to go on the tuition hike.

It wasn’t until May offered to Venmo the students for gas if they drove him to Lake Berryessa that they began to realize he thought their protest was an actual hiking event.

After explaining what was actually going on, May immediately lost interest and reportedly sought out the nearest hiking trail.