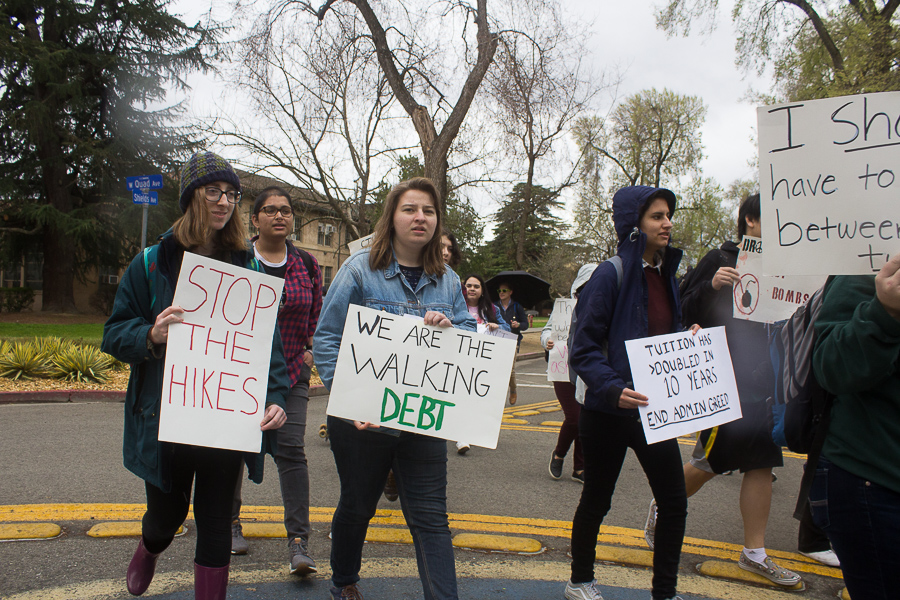 The tuition hike was approved with a 12-3 vote after UC President Janet Napolitano urged Regents to approve the increase. According to the LA Times, the Regents will rescind the decision if the California legislature ends up increasing funding to the UC.

The impact of the 3.5 percent increase in nonresident tuition will have a $5 million impact on UC Davis. The tuition hike will amount to an overall $34.8 million for the UC.

“We all know that we have to pass this,” said regent Hadi Makarechian at the Finance and Capital Strategies Committee meeting on March 14. “All I’m saying is that we really have to organize all the students so they understand it’s not us — you have to run this institution, you have to build housing, you have to repair.”

The Regents meeting, currently being held at UCLA, was met with widespread student backlash. At UCLA, the LA Times reported that students staged a “Shut Down the Vote” campaign, asking for a rejection of the proposed tuition hike. Students at UC Davis organized the “Rally and Teach-in to Save Public Education!” from 12 to 2 p.m. on March 14.

“Without [these] tuition increases and without borrowing from something to put in some place else, […] this institution is just going to die,” Makarechian said. “We have to approve this, I guess.”

The Regents will vote on the proposed 2.7 percent tuition hike for California students in May. The 2.7 percent increase would amount to $342 per student.

“Even though we’re postponing in-state tuition decision — awaiting hopefully changes in the state budget — this is one that we had determined to go ahead [with],” said chair of the Board of Regents George Kieffer at the Finance and Capital Strategies Committee meeting.