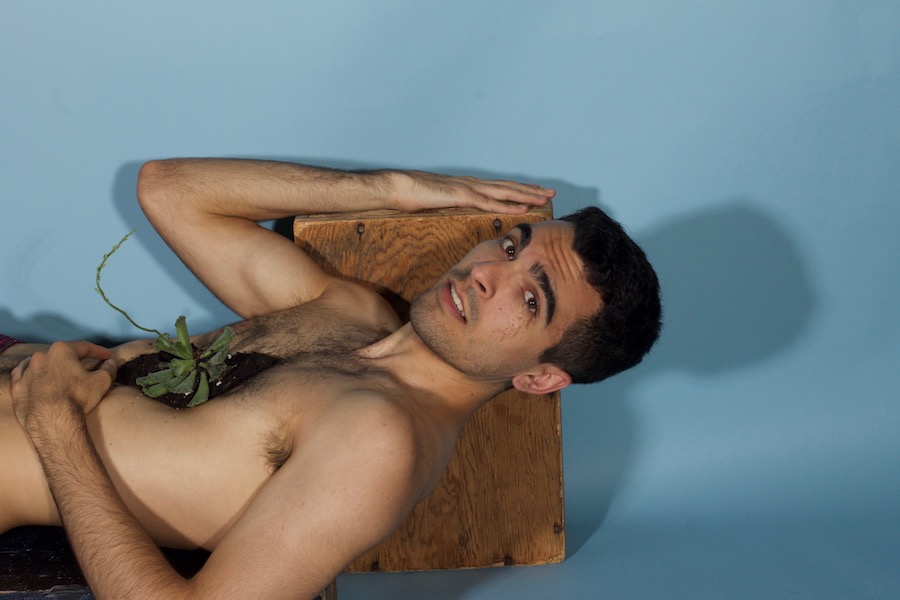 UC Davis alumnus Nate Hernandez, known by his stage name Kisos, released his debut EP, “Voices,” on Feb. 16. He also started a public relations firm that represents those who identify as queer, people of color or both. Currently residing in New York, Hernandez talked about his new music and his journey that led to his big release.

Prior to his time here at UC Davis, Hernandez had no experience singing live in front of an audience. Opportunities presented to him in college helped to bring out his inner performer — with full confidence.

“I never sang in front of people, but then as I went through college, I started to get a little less shy, and my girlfriend thought I should try joining an a cappella group,” Hernandez said. “That was my first experience with music at UC Davis.”

Hernandez mentioned that although he had a girlfriend in college, he now proudly identifies as a queer gay man.

He had his fair share of embarrassing moments that are enshrined on the internet.

“We performed on stage on Picnic Day, and I hope they’ve hidden those videos from YouTube because let me just say, it was a windy day, I was nervous and my throat was dry,” Hernandez said. “You could probably find them if you try, but I hope you don’t.”

Living in New York has never been an easy task. Hernandez willingly slept in a hammock in a living room. Turns out the price of admission is a kink in your neck from the lack of a mattress.

“My boyfriend at the time, whom I’m still really good friends with, saw the idea on Reddit to put a hammock in the living room to save $300 on rent,” Hernandez said. “I  turned it into a bit of a studio by putting up a curtain […] I could survive on a lot less money than I thought.”

However, the seeds of his hard work have started to sprout. Hernandez collaborated with another artist named Demoda in New York, which gave him some attention and recognition.

“That was something that wouldn’t have happened if I hadn’t been in New York,” Hernandez said. “Someone I knew at the company I was working at ran an indie music blog, and then he started an indie music label and marketing company. DeModa was one of his first artists, and he reached out to me because I was releasing more original pieces as well as covers. He asked me if I was interested in writing the lyrics to his track. At first, I didn’t know if it is really my thing, but then I wrote some stuff and I really liked it. That was something that opened a lot of doors for me.”

He was willing to share the inspiration behind the title of his EP, “Voices.”

“I know it’s a bit basic, but there are so many voices in your head all the time,” Hernandez said via email. “Your own voices, voices from friends and family giving their opinions, voices from society speaking up when they should shut their mouth, voices from random self help gurus or writers/philosophers that mess with your mind and make you feel like you aren’t living right. This album is rising above the cacophony, and only focusing on your own voice and what you choose to value.”

He described his music as being introspective, vulnerable and rebellious. He further explained what he meant by “rebellious.”

“Being yourself is rebellious because everything in society is literally telling you not to be yourself,” Hernandez said. “Every marketing message for everything is saying you’re doing something wrong.”

Hernandez also shared the secret origin of his stage name.

“I ended up getting the K-I from the first two initials of my elementary school, and the S-O-S is the first three letters of my area code (707),” Hernandez said. “At the time, I didn’t like it as much, but now I love it.”

His conscious lyrics bring realness to the human experience. Tracks like “Symmetry” put Hernandez’s raw emotions on full display — a trait present throughout the EP.

Hernandez’s work as Kisos has benefited from the big-name artists who have protested against streaming their music on apps such as Spotify.

“Overall, I think it’s good that some of these bigger artists are protesting,” Hernandez said. “I think it’s a step toward getting more compensation [as a small artist] for the work that we are putting in, the money that we’re spending and just valuing our art.”

Miller Place is the public relations company that Hernandez founded because he wanted to give back and support others like him on the same journey. The name is inspired by the street that he grew up on.

“I call it more of an artist collective,” Hernandez said. “The artists I work with are pretty early in their careers, and I help them with social media and branding. I also like to call it a collective because there wasn’t a whole lot of collaboration going on at the public relations firm I worked at […] I wanted to be able to create a tight-knit community because that’s what we all need — we all need each other.”

He showed his appreciation for the contributions and experiences that Davis provided him with.

“[UC Davis] provided the catalyst for me,” Hernandez said. “I had an amazing experience, and I met so many people. The fraternity that I was in, Alpha Sigma Phi, gave me an opportunity to learn how to be extroverted and meet people. It really helped me break out of my shell to network and talk to people […] I think the most obvious was gospel choir. Choir made me more comfortable with singing and being in front of people.”

Now that he’s made it this far, Hernandez reflected on what’s next for him and his music.

“I feel like right now isn’t even the beginning for me, it’s still the prologue,” Hernandez said. “I’ll revel in voices for a while, continue to find ways to bring it to new audiences. I worked on it for two and a half years, so I want to give it the proper run it deserves before flying into the next thing.”

From Davis to the Big Apple, Kisos encompasses it all in perfect symmetry. “Voices” is available on all major streaming apps as well as Apple Music.