The tangible effects of global warming on coffee 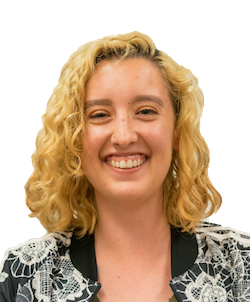 Each day brings with it damning forecasts of the consequences of global warming:  intense and prolonged droughts, rising sea levels and stronger storms. And each day, this data falls on deaf ears as we struggle to understand how to incorporate it in our daily routines: How can I feel the effects of the sea level when I live in a landlocked town like Davis?

Data and statistics will not grab the public’s attention, nor will issues that don’t directly impact their lives. It won’t be a polar bear or pine tree that will mobilize students to join the fight against climate change.

It will be the humble coffee bean.

A persnickety plant, coffee requires incredibly specific temperature, amounts of rainfall and soil composition to bear fruit. For these reasons, coffee farms are largely limited to equatorial regions like Venezuela and Ethiopia.

Warming temperatures, however, put these fragile plants on the chopping block. The amount of available land for coffee cultivation in Latin America is predicted to decrease by about 88 percent by 2050, while the loss of acreage will clock in to around 50 percent globally. What does this mean for us coffee consumers?

Some 50 years ago, John Hall, a musician and former U.S. representative, released a song famous for its memorable tagline: “Plutonium is forever.” Replace “plutonium” with “coffee,” and the line becomes a description for how we treat the plant.

American society is so inundated with coffee that we’ve become accustomed to its constant presence. Peer down a block in any city, and you’re likely to find a Starbucks, Dunkin’ Donuts, Peet’s or local cafe.

A couple of years ago, I remember my mother calling me out of the blue: Her hometown in Indiana, she told me excitedly, had just received its first Starbucks. The nearest Starbucks had previously been over an hour away.

Look at our own campus — we’re well acquainted with this culture of coffee as well. Enter the Memorial Union at 8 in the morning, and you will most likely be greeted by a whiff of ground coffee brewing behind the Swirlz counter 100 feet away. And if the MU is too far of a walk for you, go to the South Coffee House, BioBrew or one of the two Peet’s for a cup.

I’m well acquainted with this way of thinking, too.

Whenever I lug open one of the main doors during the calm quiet of an early morning, my body’s reaction is practically immediate and expected: My heart beat speeds up, my steps quicken and a competitive streak the likes of which I’ve never known bursts forth like a student rushing out of a lecture hall when the clock hits the hour.

I can see it now: my holy grail in the form of a small, steaming hot cup of coffee.

In routine moments like these, the future appears set in stone, like the John Hall song: I wake up, I get dressed, I get a piping hot cup of Joe. To me, it feels like a sort of commercialized rite of passage: Are you truly a college student — and, subsequently, a true adult — if you do not rely heavily on coffee to make it through your morning classes?

And after getting my cup, I notice that I’m not alone in using coffee as a crutch — the morning hours in the CoHo spell out a constant influx of students and professors alike lining up to get their own fix.

So when coffee disappears, we college students will most definitely notice its absence.

Scientists and their data will go only so far. That’s not to say that the studies and information are false or irrelevant. But the public can’t fathom what an increase in temperature by 1 degree Celsius means to them. It’d be difficult to find something less relatable than numbers and statistics surrounding an enormously vague scientific concept.

The news needs to be peppered with articles that speak personally to their audiences, articles that will explain how global warming will affect the public individually. We can’t continue to mention how much the sea level will rise as the Arctic melts without first addressing what that means for coastal communities.

If you want to get public’s attention, walk into your local coffee shop in the morning and tell them that coffee won’t be here for much longer.