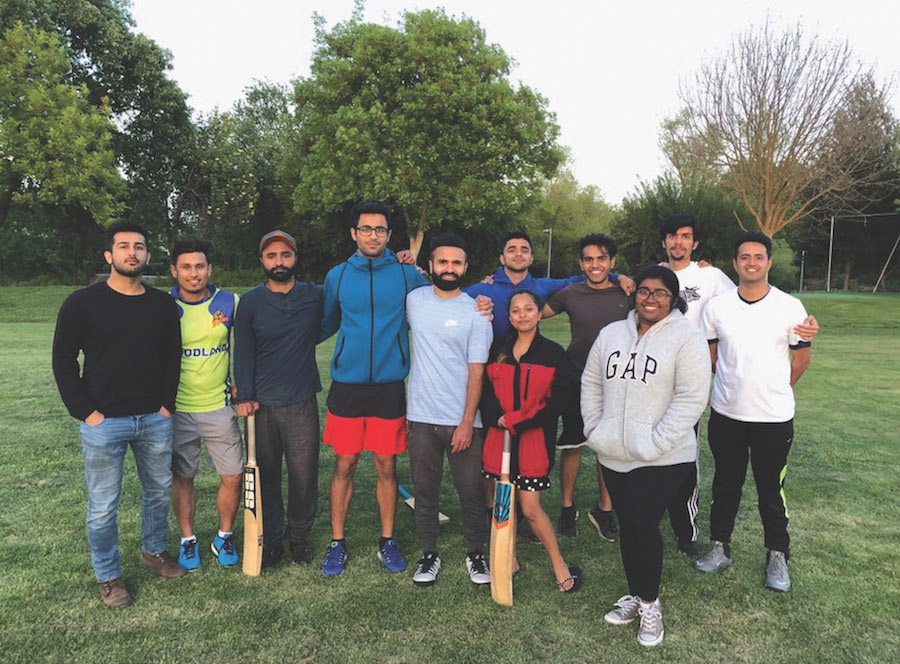 Seeing the oval-shaped stadium and watching players take the field may cause people who have never seen cricket to wonder, “Isn’t this just baseball?” While similar to baseball in many different aspects of play, cricket is a completely different game — it was deemed the second-most followed sport in the world to soccer. With the first documented game of cricket taking place in England in 1646, this incredibly versatile, world-renowned sport is making its 5,000-mile journey to UC Davis in the form of the cricket club.

“I think the versatility of the sport is what makes it so unique,” said Ajay Suresh, a third-year electrical engineering and psychology double major and the club’s co-vice president. “People watch other sports with simple stuff and they make complex games out of them, but cricket is already a complex game with multiple formats to play in. So many things can affect it [the match] like dew on the grass or even the player’s mood that day that can have a huge affect on the outcome.”

Started a little over two years ago, the cricket club at UC Davis was created to bring people together that admire and are curious about playing and watching the sport.

“The club was initially just friends getting together that love the sport,” said Akshay Murali, a third-year civil engineering major and president of the club. “We thought: why not take it one step to further to make it an official group and gather more people who are spread across campus to take it to another level.”

The cricket club plays at Arroyo Park in Davis, where it gives tips to newer players and teaches the sport to more people. The club is constantly gaining members, enough to play a full 22-player match. There are countless types of people showing up to the matches, from players to spectators and admirers of the sport.

“It is basically for everyone because I am not a player,” said Namrata Vimal Kumar, a third-year chemical engineering major and the club’s other co-vice president. “I am a watcher and I am still an integral part of the club. We have socials where people can just come and get together to learn about the sport and we are always welcome to talk to people who have questions about it.”

While getting together and playing matches is the main aspect of the club, there is no limitation to the boundaries that the club occupies themselves in.

“We try not to limit ourselves in term of just playing on field,” Suresh says. “Cricket is a very versatile sport and people can follow it from the outside without actually playing like fanclubs, and we are open to that.”

For the future, the hope is to make the club an official UC Davis Campus and Recreations club sport and expand the sport throughout the campus.

“One of the goals we have set for ourselves for the next school year is to host a tournament between UC schools,” Murali said. “We just had a successful small tournament with clubs in Davis and hope to make this an official UC Davis club for future tournaments.”

For people who are interested in cricket and what the club has to offer, the good news is that no prior experience is required to join. The club members are confident that once you join, you will fall in love with everything cricket has to offer.

“For people who are interested but don’t know anything about the sport, we are planning on hosting some information and practice sessions starting next [school] year,” Suresh says. “Cricket is that sort of sport where when you watch people play you automatically want to play, and I can give you my word that if you try out the sport at least a few times we will try our best to see how you can best fit in with the sport.”