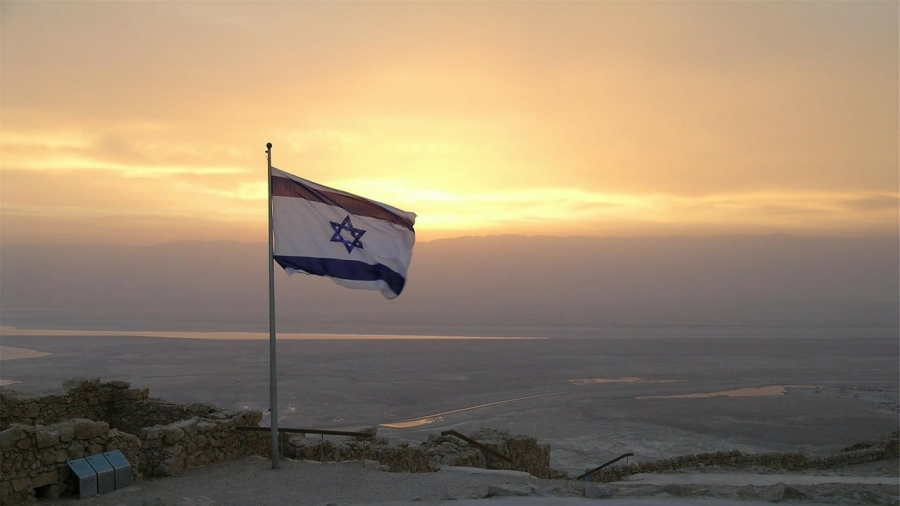 AFI addresses the hateful rhetoric surrounding their organization and members

On March 5, we stood and watched in horror as the place we call home was defamed. That day we had a tabling campaign called “Choose Love,” where we distributed shirts with “love” written in Arabic, Hebrew and English. We spent hours the night before preparing for it, only to find various organizations had set up for a demonstration the next day. The rhetoric quickly became personal as so-called “facts” about Israel were displayed. They held posters saying “Justice is our demand, Palestine is our Land,” “Resistance is justified when people are occupied” and one of the most personal ones, “Gofman has got to go”.

We suddenly became voiceless. As people shouted “f**k Israel,” “f**k Michael Gofman” and “you should have learned from Germany,” in our faces, a question emerged: How could we have a “Choose Love” campaign while people were choosing hate? These blatant anti-Semitic phrases go beyond any acceptable criticism of Israeli policies. They are meant to discriminate and silence our belief that Jews have a historical and lawful claim to the land of Israel. The referencing of the Holocaust as an experience we “should have learned from” must be considered unacceptable in any academic institution. For many students, this was their first time experiencing a demonstration like this, leaving them speechless.

“I had friends calling me asking what the protesters were screaming at everyone about,” said Aggies for Israel co-inreach chair Sascha Recht. “It felt like a personal attack and I didn’t know how to respond nor comfort my friends.”

Sascha was not alone. No one that day knew what to say. The protestors had the floor and they used it to spread hate.

While the protesters defined what we stood for with their crude signs and hateful rhetoric, we never had the opportunity to speak for ourselves. So who are we? We are a diverse group of students made up of many faiths working to promote peace and understanding for the state of Israel. Since we support Israel, there’s a misconception on campus that we are “oppressors” in favor of “white supremacy” and therefore mistakenly labeled as radicals. On the contrary, we support the #MeToo movement, DACA, Black Lives Matter, environmental justice, equality for all and free speech. The list doesn’t end there, and many of those protestors would be surprised by how much we have in common. Yet, while we agree with 99 percent of the main issues surrounding us today and disagree with only 1 percent, our voices are ignored.

To our members, AFI is more than just a club or a line on a resume. There is a unique narrative behind every voice in Aggies for Israel.

President Charline Delkhah recalls why she joined AFI after visiting Israel during Operation Protective Edge in 2014: “My mom went to go pick up my grandmother down the street. Suddenly, the siren rang and I had to run into the bomb shelter in my aunt’s house. I trembled in fear as the explosion shook the ground and prayed that my mother and grandmother were still alive. The next day, headlines read, ‘Hospital in Gaza destroyed by Israel,’ the same hospital Hamas used to launch the rocket that nearly killed my mother.”

Our struggle continues with the relentless attacks on ASUCD President Michael Gofman. Gofman is an active member of Aggies for Israel as well as the Jewish community. These organizations slandered Gofman not for his political stance but because he believes his family and loved ones have the right to self-determination in the land of Israel. Instead of attempting to have a discussion about a conflict that is painted in many shades of grey, the protesters seem to only see in black and white.

One of our board members who has known Michael for over seven years expressed her thoughts on the backlash he has received.

“We’ve grown up together: seen each other through middle school, high school and now college,” she said. “To see my friend slandered for his beliefs brought tears to my eyes.”

The hate voiced at the protest, written on their posters and directed at our close friends didn’t end on March 5. It persisted and will continue as long as people keep seeing in black and white.

We urge everyone to develop their own opinions about this complex issue. As college students, we should be intrigued by issues that do not have a simple solution. We encourage you to show up to events held by both AFI and Students for Justice in Palestine, ask the hard questions and visit Israel and the Palestinian territories. Only through nuanced discourse can we truly understand the conflict. Without acknowledging the complexity of the Israeli-Palestinian conflict, we can never hope for progress, peace and, most importantly, love. It’s up to you to be informed and hopefully be the bridge between our narratives.

Written by: Aggies for Israel

Everyone should take advantage of new testing opportunities

Information about graduation requirements needs to be accurate, easily available