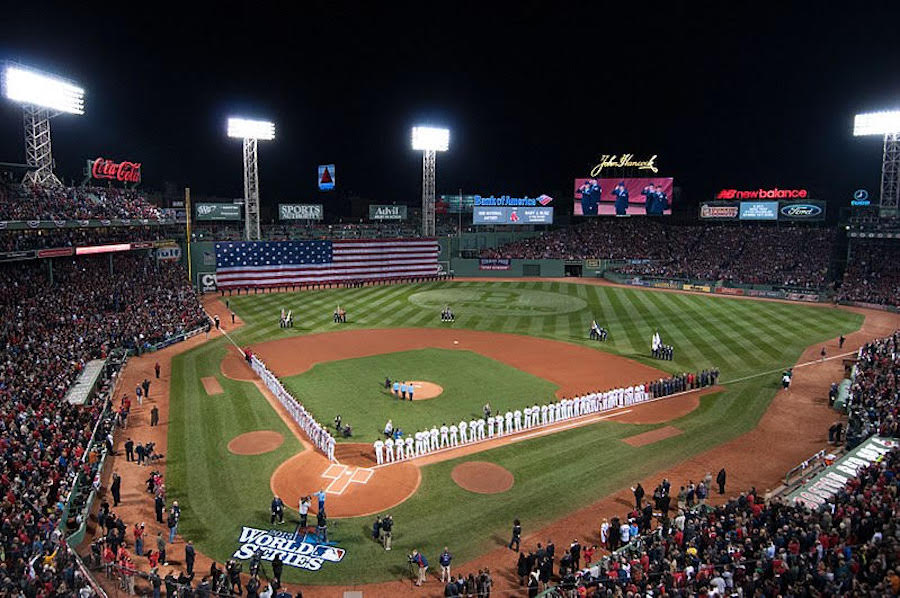 As Major League Baseball’s regular season faces its last few games, the races for titles, awards and the fight to play in October have officially begun. With the release of the postseason schedule and the final 2018 World Series game set for October 31, teams and individual players are making their last attempts to earn themselves a spot in MLB history.

As of Sept. 20th, the Cleveland Indians clinched the American League Central, ensuring that they will live to play in the AL division series. They have since clinched their division. The reigning World Champions, the Houston Astros, currently lead the AL West, with the Oakland Athletics 3.5 games behind. The current AL wild card series would be played between the New York Yankees with a 94-59 win-loss record, and the Oakland Athletics with a 92-61 win-loss record.

The race for the National League division titles have been much more close, with no postseason berths or divisions clinched yet. The Atlanta Braves are leading the East, with the Philadelphia Phillies 5.5 games back. The Chicago Cubs are in first place in the Central, but have the Milwaukee Brewers close behind at 2.5 games back. The battle for the West is currently topped by the Los Angeles Dodgers, but the leader has been constantly fluctuating between the Dodgers, the Colorado Rockies and the Arizona Diamondbacks. With the current standings, the Milwaukee Brewers, with a win-loss record of 87-66, and the St. Louis Cardinals, with a 85-69 win-loss record would compete for the NL wild card spot.

Like the teams’ standings, the predictions for the title of Most Valuable Players for the two respective leagues are in a state of constant change throughout the season, but three players from each league have appeared to emerge from the pack of contestants. The Red Sox’s Mookie Betts, the Los Angeles Angels’ Mike Trout and the Red Sox’s J.D. Martinez have all proved themselves to be worthy of the title. Betts is currently favored to win the award, leading the league in both batting average and wins above replacement. Former AL MVP Mike Trout leads the league in on-base and slugging percentage, and it has been questioned whether or not a brief injury in the middle of the season will knock down his chances of winning the award. J.D. Martinez is close behind his teammate, Betts, in a number of categories and leads the majors in runs batted in.

The Chicago Cubs’ Javier Baez is currently in the lead for National League MVP title; he leads the NL in runs batted in. The Milwaukee Brewers’ Christian Yelich is close behind with high rankings in both batting average and on-base and slugging percentages, but his lower number of home runs and runs batted in currently set him at second place in the MVP odds. Nolan Arenado of the Colorado Rockies sits right behind, with high rankings in on-base and slugging percentage, home runs and runs batted in, but does not lead the league in any category.

The 2018 season also introduced brand-new talent, making the award for Rookie of the Year a close race as well. The National League’s battle has solo-ed out two players, Ronald Acuna Jr. and Juan Soto, as its frontrunners. The Atlanta Braves’ outfielder, Acuna Jr., has been making a name for himself since his debut in late April. Though his batting average of .293 and total of 26 home runs alone have set him apart from the pack, Acuna Jr.’s speed and agility in his position have rounded him out to be a key player in the Braves’ success this year – all of which helped him earn the in-season titles of National League Rookie of the Month for the month of August and National League Player of the Week for the week of August 19th.

Acuna Jr.’s main competition, the Washington Nationals’ outfielder Juan Soto, has been making waves in the same division . At 19 years old, Soto completely bypassed Triple-A to join the Nationals’ roster in mid-May, and, though he came into the season a few weeks late, his overall performance so far has not appeared to be lagging behind. He beats Acuna Jr. in batting average, with his at .298, but has fewer home runs. His on-base plus slugging percentage, which is a statistic that calculates in both a player’s ability to get on base and his ability to hit for power, is set at .933, and he has performed well in his outfield position. He was named the National League Rookie of the Month two months in a row, in June and July.

In the American League, three key rookies have been at the height of the Rookie of the Year conversation. The New York Yankees’ third baseman Miguel Andujar leads all MLB rookies in a number of categories, including hits and runs batted in. His statistics also have put him among some of New York’s all-time greatest; he began the month of September with 38 doubles under his belt, the most for a Yankee since Robinson Cano’s 41 in 2013, and he is the first Yankee to have minimum 65 extra-base hits in his first 131 games as a pro since Joe DiMaggio.

The Yankees brought another Rookie of the Year candidate to the table with infielder Gleyber Torres. With a .300 batting average at the end of May, 18 home runs, and a .482 slugging percentage, Torres appeared to be tied neck and neck with teammate Andujar up until the All-Star Break. Though the second half of his first pro season did not match up to the quality of the first half, with his batting average sloping to under .200 in the month of August, Gleyber was able to bring his percentage back up to .478 and is still in the running for American League Rookie of the Year.

The Los Angeles Angels’ Shohei Ohtani represented a unique talent in being both a power hitter and a starting pitcher . Known as the ‘Japanese Babe Ruth’ back in his home country, Ohtani took the American League by storm by executing a .305 batting average in his first two months while enjoying a 3.19 pitching earned runs average. His combination of rare batting and pitching abilities make him comparable to some of the legends in baseball, and, though he missed a month of playing time due to an elbow injury, his start to his career still ranks him among the top newcomers of the 2018 season.

The last game of the regular season is set on Oct. 1st, with the teams competing for the wild card beginning their battles the day after, and the fight to become world champions will soon take over the month of October.