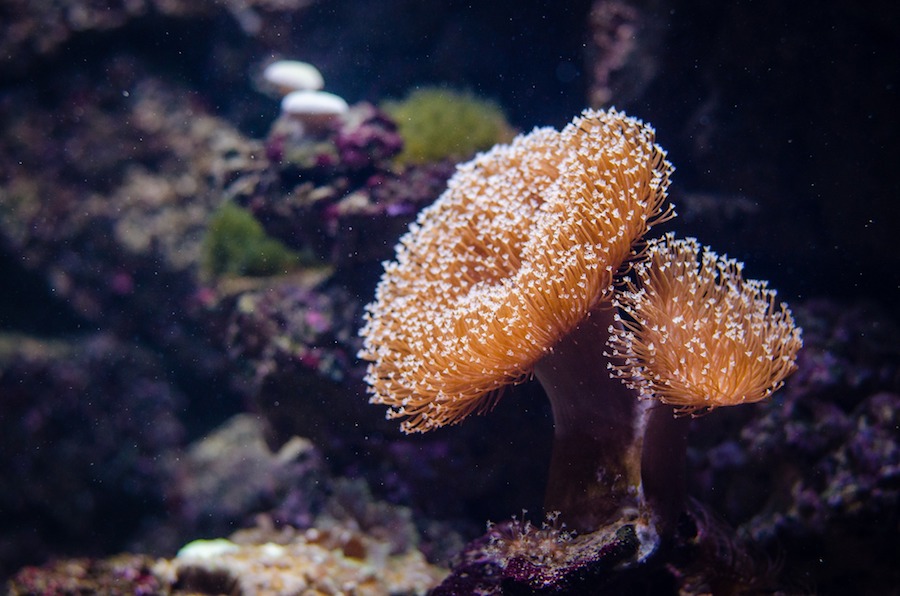 With the help of collaborative efforts between UC Davis, Mars Symbioscience, Hasanuddin University and Indonesian scientists, coral reefs in Indonesia that were once destroyed by blast fishing have shown signs of recovery. Through the implementation of “spider” structures within the region, researchers facilitated rehabilitation for the coral reefs that resulted in approximately 60 percent live coral coverage on the structures compared to the previous 10 percent.

Jay Stachowicz, the department chair of the Department of Ecology and Evolutionary biology at UC Davis, explained that there are two main approaches within coral reef restorations: planting the corals or facilitating their natural growth.

While physically planting the corals does have the benefit of increasing the probability that the corals would grow, this method could potentially harm other reefs when extracting the coral fragments to plant. A research study conducted by Susan Williams, a former professor of the College of Ecology and Evolutionary Biology and Bodega Marine Laboratory at UC Davis, used the latter method, implementing structures that would create an encouraging environment for the coral larvae to settle while protecting them during their younger stages. This method presents the advantages of leaving healthy coral reefs unharmed along with the ability to implement the strategy over a large area.

“I think that with reefs, the structure that’s formed on reefs by the coral organisms themselves is what harbors, what attracts most of the biodiversity to reefs,” Stachowicz said. “The idea with these kind of restorations is that restoring the base, the foundation of an ecosystem, will allow you to attract and restore essentially the populations of all the other organisms that use that environment.”

However, this technique still is susceptible to some uncertainty. According to Stachowicz, if there are not enough adults to produce the larvae the chances of restoring the coral reef decreases. In addition, the “spiders” are more likely to attract fast-growing corals which may only be a subset of the population needed to facilitate a healthy coral reef in the long run, as ideally multiple species of corals are required to fulfill various ecological roles within the ecosystem.

Despite these potential drawbacks, Stachowicz believes that this technique reveals the prospect of helping rehabilitation within remote or hard to reach areas where physical plantations are impossible.

“There’s obviously […] a huge amount of success in a short amount of time,” Stachowicz said. “Then I think the question is what becomes of that? What happens over the longer run? But it’s a really promising start for sure.”

Jordan Hollarsmith, an author of the study and a Ph.D. candidate in the graduate group of ecology at UC Davis, explained that the objective of this research was to give reefs a second chance after they had been destroyed. She explained that when, despite an act of destruction, the reef is still growing, the power of rehabilitation is important to recreate a reef system where the corals can adapt to the changing conditions around them. Hollarsmith described how actually seeing the reefs was a large inspiration for working on the project.

“Diving over those reefs which are impacted by high temperatures, by nutrient runoffs from the islands, from over fishing, from all stressors that are causing declines of coral reefs worldwide, and yet those reefs were among the most vibrant I’ve ever seen, just truly spectacular coral reefs that just really demonstrated the resiliency of the system in the face of all of these human changes,” Hollarsmith said. “So that was a big motivation to use the spider technique to repair the parts of the reef that had been destroyed by blast fishing because it was otherwise such a resilient system.”

Although Hollarsmith had prior exposure to working with coral reefs through her experience with coral reef restoration projects, Williams’ academic approach presented Hollarsmith with an interesting and exciting opportunity. Hollarsmith’s main role within the project was assisting Williams in Indonesia along with data analysis and collection and then taking over as the lead of the research paper through revision after Williams’ passing.

Although, there were many difficulties while working in Indonesia, such as health threats posed by the water, Hollarsmith explained that one of the major difficulties was the communication and balancing between the multitude of perspectives coming from Hasanuddin University, other Indonesian scientists, Mars Symbioscience and UC Davis. She said that Williams played a large part in making sure that the university and Indonesian scientists were participating within the study, as she had been an ardent supporter of making science inclusive and collaborative.

“[One] really inspiring [experience] was working with the Indonesian graduate students and just recognizing that despite huge differences in language and culture and religion and upbringing and everything, we were all still motivated by understanding the natural world together and that just overcame all of those other boundaries,” Hollarsmith said.

Although restoration is only one aspect required to ensure the health of coral reefs, Hollarsmith stated that this study presented another possible option for future rehabilitation efforts.

“With something so difficult as reef rehabilitation, the more options that are available, it will just be much more powerful,” Hollarsmith said.