Humor: Man who smells good confused as to whether he himself smells good or his ability to smell is good 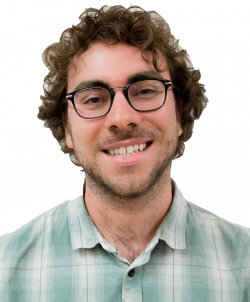 Holding his arm up to his face, Tyler S. Mell, or “Nose Goes,” as he is more affectionately known by his drinking buddies, takes a good whiff. His eyes roll back in his head as a slight moan escapes his lips. They open again, concerned and searching.

“I thought I used to know the difference,” Mell said longingly. “But maybe I just don’t nose anymore.”

Mell recently suffered a nervous breakdown following an existential crisis anyone can empathize with — not knowing whether his sense of smell allows him to smell good or that he smells good.

“It’s like, on one hand, there’s the grammar issue,” Mell said. He breathed through his nose, and every sniff is followed by a shudder and then a strange popping noise from somewhere inside his nose. Each time it occured, I grew increasingly close to vomiting in rage.

“From what I understood before, it’s just smelling well, not good,” Mell said. “But then recently, an English professor buddy of mine patted me on the back after I told him I smelled cyanide dissolving in his drink and told me, ‘Damn, you smell real good!’ So now what am I supposed to think? Especially when that same night he kept breathing over my shoulder and giving me a thumbs up.”

Mell also said his dating life has suffered as a result of his confusion. On several occasions, he recalled using his signature scent, “Le Nez Mignon,” before meeting a lady friend. Before leaving his apartment, however, he would often “get a sudden urge” to smell himself in order to settle his internal struggle.

Of course, this ended as expected at this point in our story — a missed date, hours of smelling himself and then spending the rest of the night applying combinations of food onto his skin in hopes of finally solving this confusion, only to find that the paradox deepens with each added layer.

Mell looked up at me toward the end of our interview. He requested that I allow him one question of his own, which I granted. After a silent moment, he sniffed.

“What about you, Shaw? How do you smell?” Mell narrowed his eyes at me as he sniffed my fear.

“Tell your readers to really think deeply about it, too. I want to know if I’m the only one who smells good.”